Okay, some Facebook funster has tried a quick hoax, which failed miserably, claiming that he had photographed a large black panther crossing a dirt road in central Victoria. 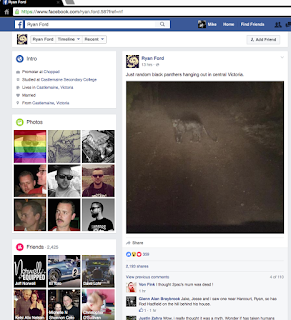 The image was taken down but that didn't stop the power of social media from sending it viral within minutes, with multiple people claiming either they, their friend or close relative had taken the photo.

You have to admire their pluck!

Our thanks to Tania P. Woodliffe, who appears to have solved the mystery by pointing us to this local news article featuring a fearsome-looking model. Source 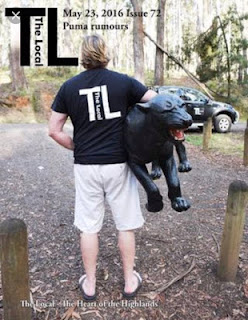