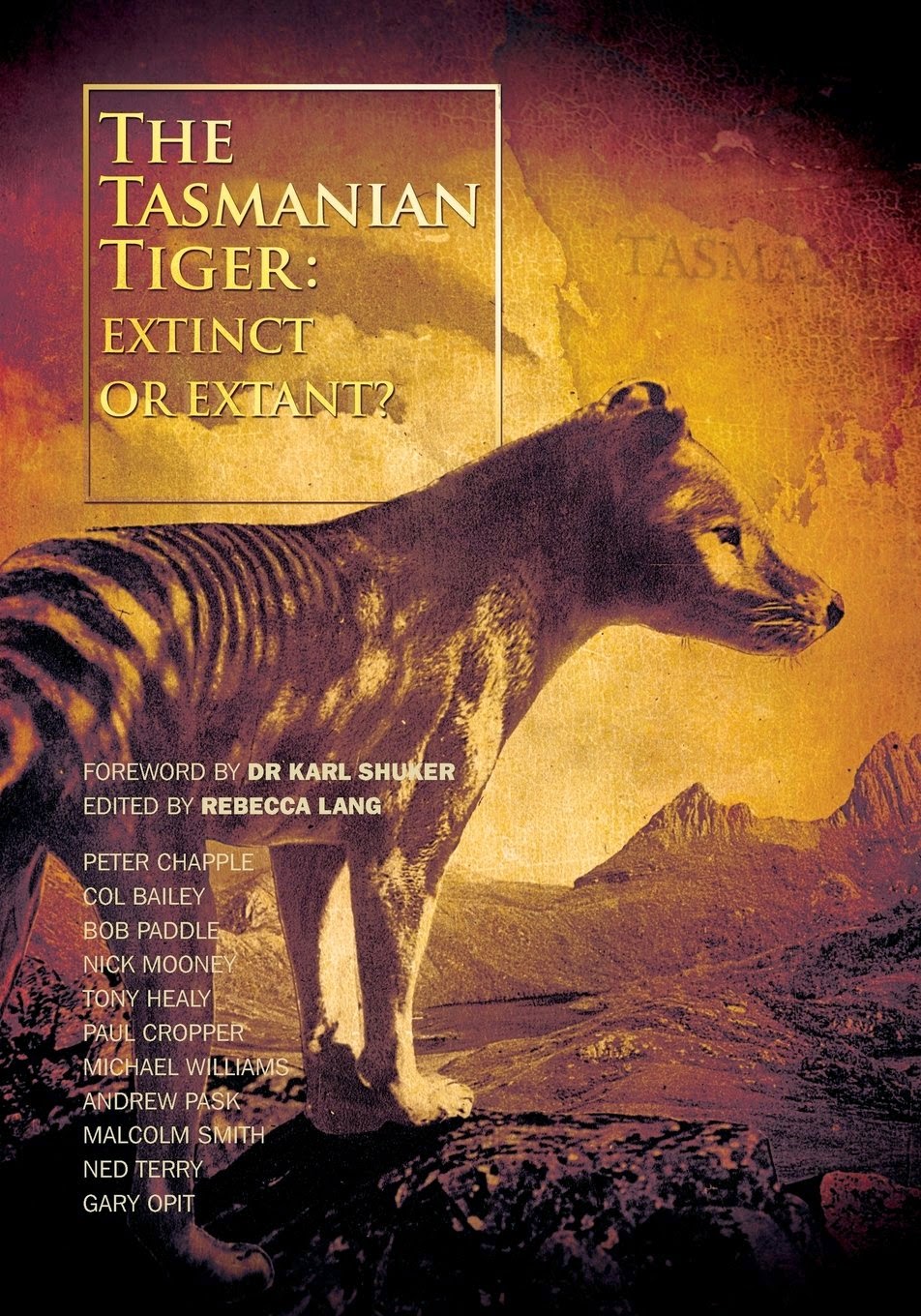 The Tasmanian Tiger: Extinct or Extant? has made Loren Coleman's Top 20 list of best cryptozoology books for 2014.

The last Thylacine in captivity died on September 7, 1936, ironically just two weeks shy of the species receiving protection status. In 1986, 50 years later, it would be declared extinct. By international standards it no longer exists, and is just another marsupial ghost haunting the Australian landscape following European settlement.

While Benjamin is often symbolically referred to as ‘The Last Thylacine’, in all likelihood the species persisted in the Tasmanian wilderness well into the 1930s, possibly until the 1950s. In 1980 then-Tasmanian Parks and Wildlife officer Steven Smith conducted a detailed study of sightings between 1934 and 1980, concluding of the 320 sightings, just under half could be considered good, if inconclusive.

Judging by the thousands of sightings logged by government departments and private research groups since that time, however, it may still roam remote parts of Tasmania... 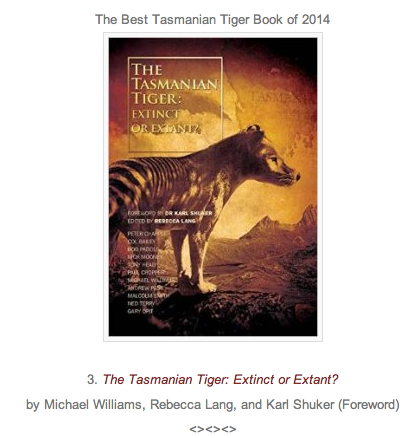