Book review: The Science of Monsters by Matt Kaplan 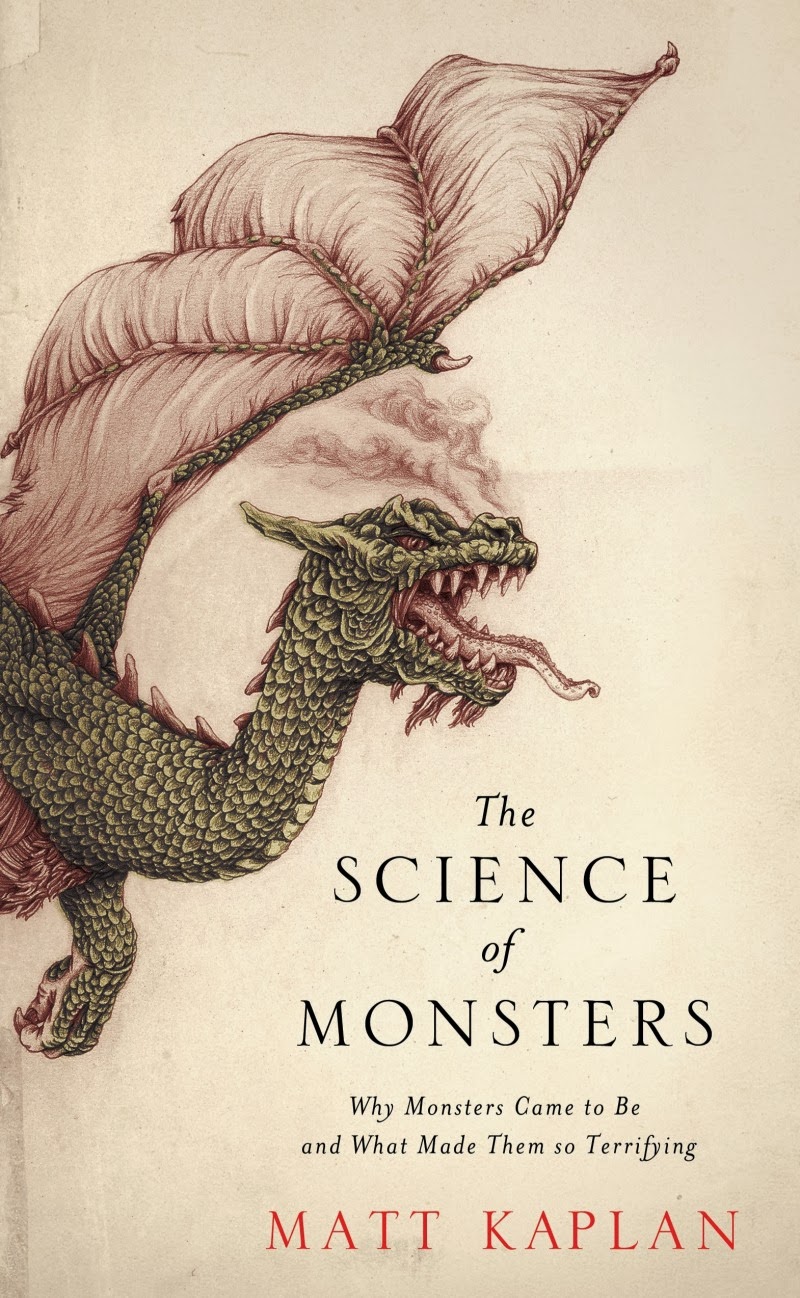 The Science of Monsters by science journalist Matt Kaplan

It was with some trepidation I initially delved in to this book. Perhaps it was the title 'The Science of Monsters' that was a bit off-putting (cue: slightly patronising tone and allusions to 'frightened, hysterical peasants'). But it turned out to be a really fun read on legendary monsters...and how they might be explained by modern science and the cultures that lived in awe and fear of them.

Did dragons really terrify people?
How did the legends of werewolves and vampires really start?
Could science resurrect dinosaurs? And would you really want a T.Rex living next door?

Kaplan discusses animals that really did exist, such as the fierce Eurasian cave lion, which was about 25 per cent bigger than today's lions, and then elegantly segues to giant European boars and the 2004  Alabama 'Hogzilla' which, when dug up, suddenly shrank in dimensions.

And he makes a thorough job of sifting through folklore, history and literature for clues to the origins of monsters. With references to everything from King Kong and giant squids to demons and vampires (and more than a few nods to Buffy the Vampire Slayer and other icons of popular culture), it's sure to interest most readers.

Grounded in facts that would one day bear the fruit of fiction, The Science of Monsters is all about humans making sense of the world around them, even if it means putting fangs, fur and fear into the equation when it comes time to grapple with the great unknown.

The last word must go to Kaplan: "People have always looked to the horizon and feared that which they did not understand…"

If you like history, fables, with a dose of real science, then you will love this book.
Posted by RR at 22:17