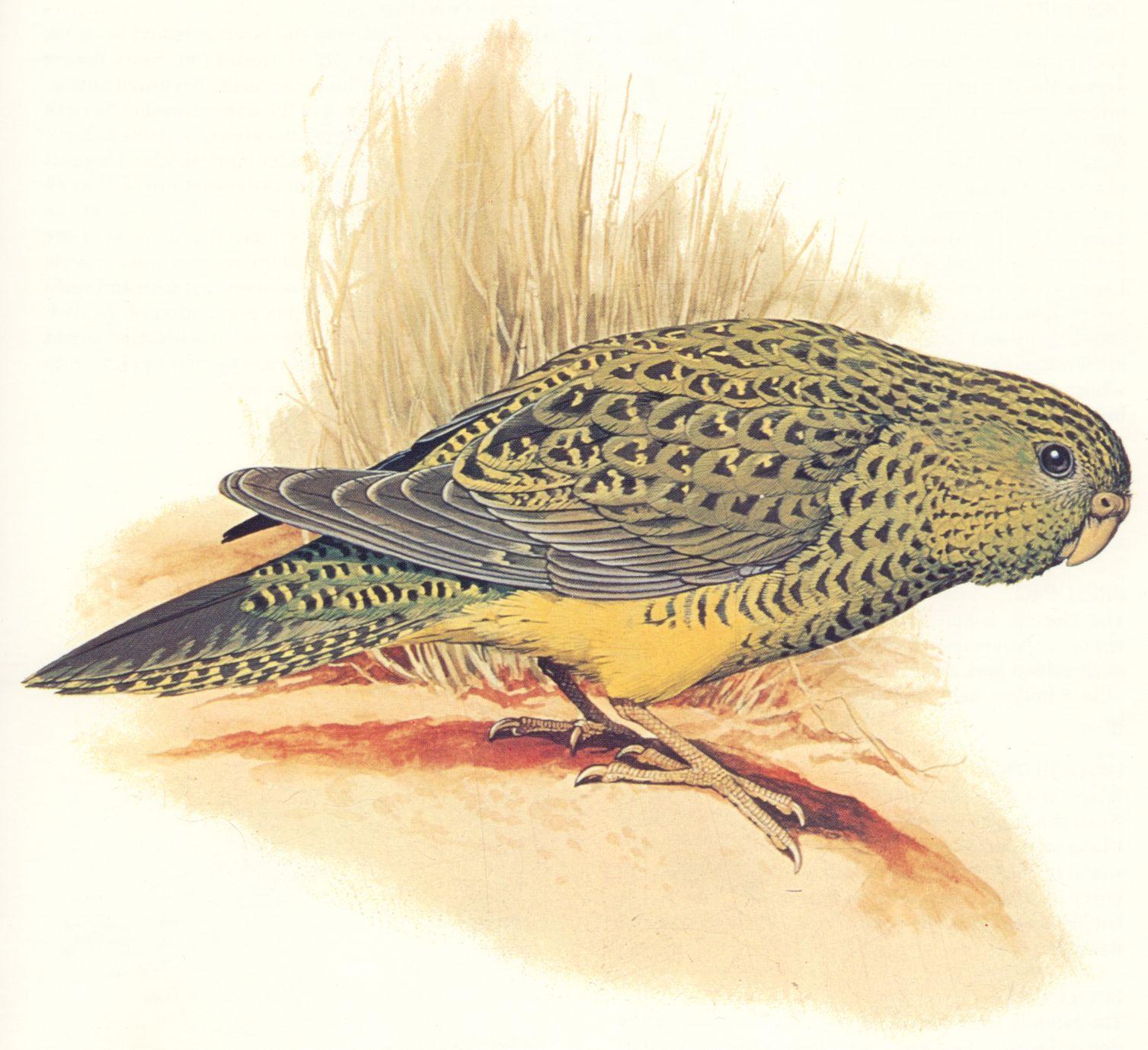 Some good discussion is happening over at The Conversation's website about the Night Parrot - the short answer, of course, is for its own protection!

The Night Parrot has been called the “world’s most mysterious bird”. First discovered in 1845, it was rarely seen alive for most of the next hundred and seventy years, but it has been rediscovered in 2013 by Queensland naturalist John Young.

The rediscovery has been shrouded in secrecy; photo and video evidence of the parrot was presented at an invitation-only viewing, and the Queensland government hasn’t been told the location of the parrot. So, why all the secrecy?

In 2013, Queensland naturalist John Young found what he thinks might be two pairs of Night Parrots, and, to top it off, a nest with three nestlings. Young recently presented a select group of experts with photographic and video evidence of Night Parrots from May 2013, confirming that these were indeed Night Parrots.

Young also made recordings of the parrot’s vocalisations, which he used to draw the birds close enough to photograph.

Young is keeping the Night Parrots’ western Queensland location secret for now. The fragile environments at the locality, if revealed, could be damaged by well-meaning but perhaps over-enthusiastic birdwatchers. The birds appear to have recently bred, and even relatively small numbers of people could have a serious impact. Disturbance could also interfere with research.

There is also the ongoing threat of illegal bird trade. Secrecy at least provides some restraint on this unscrupulous activity.