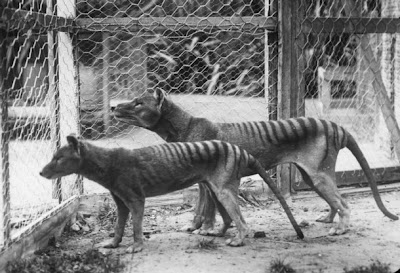 There is to be another bid to search for evidence that Tasmanian tigers are alive and well.

Representatives from the UK-based Centre for Fortean Zoology will join local searchers venturing into the wilderness of Tasmania's north-west.

Expedition member Tony Healy says the team will use a range of equipment.

"[We'll have] a lot of trail cameras, game cameras and we've all got infra-red devices... just spotlighting, looking for tracks," he said.

The group will break into small parties to stake out different areas.

He has reservations about a group of 10 people searching together.

"That's a lot of people to take into the field at the one time because low numbers is essential as far as I'm concerned in this and they also say two weeks they're going to be out," he said.

"Well, two weeks is nearly not enough time, you really need three or four weeks to do this properly."

The centre, founded in 1992, is a not-for-profit group set up to investigate unusual or extinct animals.

The last Tasmanian tiger, or thylacine, died in a Hobart zoo in 1933.

The carnivorous marsupial was widely hunted by early settlers trying to protect livestock.