How to copy your plaster cast for posterity 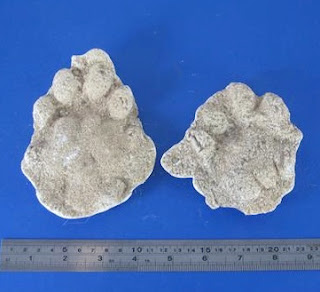 Have you ever wondered how to copy your plaster cast using a much stronger medium before the master cast crumbles away?

The sequence involves using clean clay over the cast, which represents the amount of silicone that will be later used. When this is removed later, cover the whole print with sandwich wrap and then the plastic border/plaster support base is poured and then drilled.

The bottles are now slotted in and the silicon is poured through the holes - this forms the 'base', upside-down. It is left to cure for 1-3 days (depending on the temperature) it is then taken apart. The silicon copy is then placed into the plaster support and a two part plastic is poured. The plastic takes roughly 24 hours to cure.

Not really one for beginners, but it's a good skill to learn.