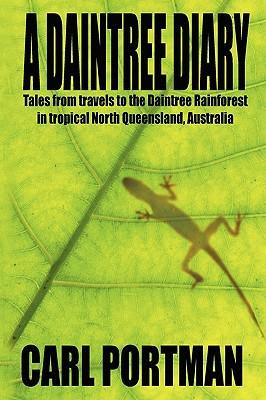 CFZ Australia caught up with one of our favourite authors, chess demon and spider expert Carl Portman this week.

Carl is the author of A Daintree Diary, which documents his travels through the rainforest of the same name in far north Queensland on the hunt for the elusive Whistling Spider. Carl also wrote Fangs for the Memories: The Search for Tarantulas in Ecuador, which documents his travels in the South American country in 1997 on the trail of giant spiders! A quest not for the faint-hearted or arachnophobic...

How did you first become interested in spiders? What is it you like about them?
I hated spiders with a passion until the summer of 1994 when on holiday in Norwich, England. Whilst trying to kill yet another of the repellent beasts (this time by spraying shaving foam on it) a mental grenade went off in my head and I recall thinking ‘this isn’t logical, this isn’t a fair fight – why am I killing this animal? I resolved from that moment to try to live with spiders. I bought my first tarantula (a Chile rose called Wilma) and it wasn’t long before I found myself in Ecuador studying them. I haven’t looked back.

How many eight-legged friends do you share your home with?
About thirty that I know about. At my zenith I had 1500 and spent six hours a day looking after them all.

What’s your favourite spider?
That’s easy – Selenocosmia honesta otherwise known as the FAK FAK Ochre. I had one once and a taxidermist has preserved the feisty arachnid. They originate from Papua New Guinea.

Spiders elicit a lot of fear and mistrust – are they simply misunderstood?
They certainly are; grossly misunderstood and much maligned. There are many reasons for this but an interesting one is they don’t have a ‘face’ as such for humans to identify with therefore there is less compassion, less of the aaaah factor. Shame considering they have been around for 450 million years. You would think that they might have made more friends by now.

What initiated your trip to Australia?
Steve Irwin! He brought Queensland into my living room in a sleepy English village. From the moment I saw it I knew I had to go. It is a beautiful area not only of Australia but the planet. There’s such a small bit of rainforest left there – and it is the oldest one in the world at that. It is even older than the Amazon. Treasure it Australia, for I always will. 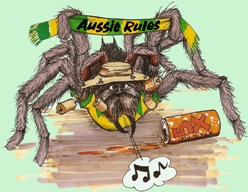 Without giving away any twists, did you find your quarry – the elusive whistling spider?
Well I travelled a round trip of 20,000 miles to find one. That’s dedication above and beyond. Did I find one? Well you’ll just have to read my book ‘A Daintree Diary’ and you’ll find out what happened…

The Night Parrot and Tasmanian Tiger are considered ‘holy grails’ of the cryptozoological world due to their extinct status, occasional sightings and the potential that their rediscovery could tip a comeback for the species. Is there a spider equivalent?
Oh yes. There’s talk of some kind of Hercules Baboon Spider from Africa, a goliath of a species called Hysterocrates hercules that outranks even the great bird eating goliath (Theraphosa blondi) of South America. We know of Hysterocrates gigas which is a large baboon spider and I have kept and indeed bred many but I am yet to see such a monster as H hercules and there’s much debate as to whether or not it really exists. They are obligate burrowers so there must be one ‘down there’ somewhere guarding the underworld. If it is there, part of me hopes we will never find it… 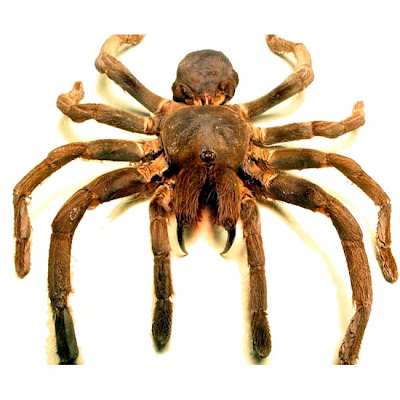