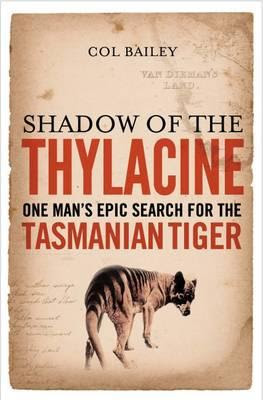 Noted zoologist Professor Mike Archer, a former director of the Australian Museum, has said despite his professional scepticism, he respects Tiger Hunter Col Bailey's theory that a population of thylacines still exists in Tasmania.

In a recent interview with ABC Radio, Archer and Bailey talked about Thylacines and Col's new book, Shadow of the Thylacine, and his sighting of a Thylacine in the Weld Valley in Tasmania.

"Of course I want to believe in Col's story...every fibre in me resonates along with the same view that Col has...this is Australia's king of beasts, this is the most magnificent creature Australia has ever produced," Archer said.

"I feel...a sense of intense excitement that maybe somehow it has survived over the years. My scepticism, of course, and I have discussed this with Col, it is the scepticism of a scientist. It's very hard to test sightings, these are personal things...but when I know the man, like I know Col, that's not just a normal sighting, if you like, that's coming from a really credible person whose judgement I would never question. All I can say is I wish I'd been there with him."

Professor Archer is hopeful of one day reviving a project to bring the thylacine back to life by using DNA from museum specimens to clone them.

Listen to the interview here.