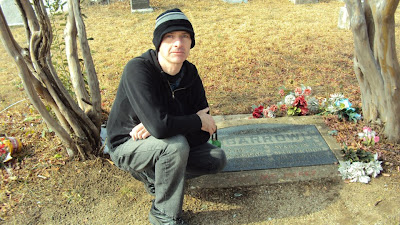 How did you first get involved in researching strange and mysterious creatures?
When I was about 5 or 6, my parents took me to Scotland for a week's holiday, and we spent a day at Loch Ness. I still have a couple of very fragmented memories of my dad telling me the story of the monster, and the idea that there was a colony of dinoasurs in the loch. For a young kid, this was great news! And very exciting news too. So, while the other kids at school were reading books like the Secret Seven and the Famous Five, I was digging into books on weird and unsolved mysteries, many of a cryptozoological nature.

What were some of the early influences in your life?Certainly at the top of the list in terms of my early influences were the books of John Keel and Brad Steiger. I got into the work of both authors when I was about 11 and I was fascinated by their work because they focused on so many weird things, and both wrote in great, atmospheric fashion. I never met Keel, but I'm friends now with Brad, who I'm pleased to say is a great guy. Plus, I liked the fact that both guys very much thought out of the mainstream paranormal box. 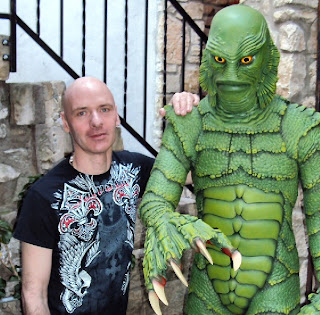 Have you personally seen one of these creatures?The closest I've come to seeing these creatures is, in terms of Bigfoot, finding footprints, the occasional so-called "Bigfoot teepee" and even hearing tree-knocks and things like that. Not having definitive proof doesn't make me lose enthusiasm though. Certainly enthusiasm is vital to ensure I keep running around, doing what I'm doing.

What creatures particularly interest you? I'm very interested in the reports of so-called "British Bigfoot"-style beasts. I recently wrote a 300-page book on this very subject called "Wildman." It's published by Jon Downes' CFZ Press. Many people would be surprised to know the sheer scale of such reports: they're everywhere, England, Wales, Scotland, Ireland. And reports go back centuries. But, the British Bigfoot is clearly paranormal (however we might define that term), and definitely not a flesh and blood ape. Anyone who says it is, is talking bollocks. 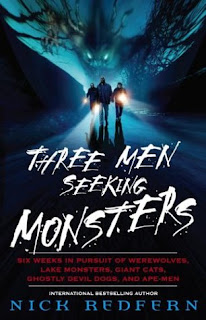 What cryptids are most likely to exist in your opinion? In terms of flesh and blood creatures, I'm absolutely certain the Orang-Pendek exists, and I'm certain we will have proof of it too. Also, some lake monsters, but I don't go with the plesiosaur theories, however. Maybe giant eels could be a better candidate in some cases.


What’s your favourite? Without doubt, my favourite cryptid is a creature known as the Man-Monkey. It's an ape-like creature that has been seen for almost a century and a half near a very old, tree-shrouded stretch of canal in north Staffordshire, England, only a very short drive from where I lived as a kid. Having lived so close, I have been able to do a lot of studies of the place and the witness reports. The Man-Monkey definitely looks ape-like, but has many qualities of a spectral creature, some sort of phantom. Definitely a weird one! 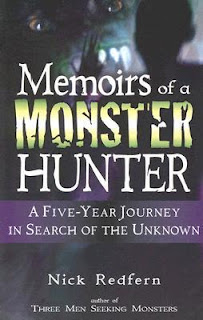 Have you developed any theories around where the more unusual animals - i.e. yowies/bigfoot - have come from?
My personal opinion on the Yowie, Bigfoot, the British apes etc is that they are clearly paranormal in nature. Now, the way that word is used provokes all sorts of theories: that it could be some dimension-hopping thing, a Tulpa-style created thought-form, or something even stranger. But, the overwhelming elusiveness of the creatures, coupled with reports of these things vanishing in the blink of an eye lead me to believe we are dealing with creatures that are not normal, flesh and blood animals. 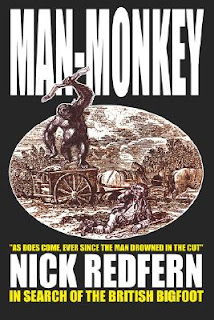 Have you written any books/articles? Yes, I've written about 25 books altogether, on various Fortean puzzles, including a number of cryptoological titles, including "Man-Monkey;" "There's Something in the Woods;" "Wildman;" and with good mate Ken Gerhard, "Monsters of Texas."
Do you have a website? Yes, people can contact me at my "World of Whatever" blog at http://nickredfernfortean.blogspot.com I update the blog most days and it covers a wide range of Fortean issues.

What’s the closest you’ve personally come to finding something?It depends really. But at least a couple per week, varying from the British Bigfoot to werewolves, or out of place animals (like big cats) to Mothman type creatures. It's pretty varied.

Probably the footprints and tree-knocking, that kind of thing.


What’s the farthest you’ve traveled to go ‘in search of’ mystery animals? I've been on a number of expeditions to Puerto Rico in search of the Chupacabras; to the mountains of Wisconsin in pursuit of large, unidentified winged creatures; to the forests of east Texas looking for Bigfoot, the list goes on. 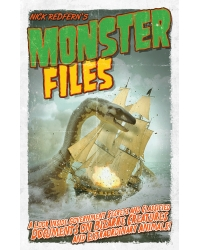 What’s next for you - any trips planned? Books or articles to write? Talks to give?I'm always lecturing on the subject. I live just outside Dallas, Texas and I do quite a bit of lecturing on cryptozoology for local schools. And I generally do about 2 or 3 lectures a month on average. I have a new book out in May from New Page Books called "Monster Files". It's a study of what government agencies know about cryptids.

Could you share some of your favourite cryptozoology book titles with us? Yes, sure. Some of my favourites are my good mate Jon Downes' "The Owlman and Others"; John Keel's "The Mothman Prophecies"; Gray Barker's book on Mothman, "The Silver Bridge"; Linda Godfrey's "Hunting the American Werewolf"; and F.W. Holiday's "The Dragon and the Disc". 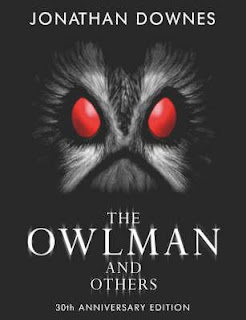 What advice would you give anyone getting into the field of cryptozoology?I'd say don't be put off by people who tell you that it's all nonsense or that you shouldn't follow your dreams. It's not nonsense and you should follow your dreams. Plus, there's no reason why someone new to Bigfoot or Nessie research, or whatever else, might be the person who solves the mystery. Also, have an understanding of nature and environments, as some places can be harsh, hot and difficult. And be prepared for a great time and adventurous expeditions in exotic places.