Great snakes! Watch where you sit... 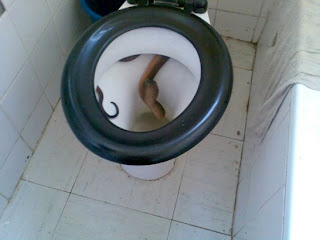 Funny how the job advertisements at these mines in Outback Australia always skim over the 'small' things, like having to live with hundreds of other sweaty, dirty men, paying a fortune to live in a caravan and...having to fish deadly snakes out of toilets!

This sequence of photos is doing the rounds in Australia, and supposedly harks from an unnamed workplace in the Pilbara region of Western Australia.

This fierce creature was found tucked up under the toilet, hovering just above the S-bend - thankfully before the photographer settled down on the seat.

Perhaps a redback spider would have been preferable after all! 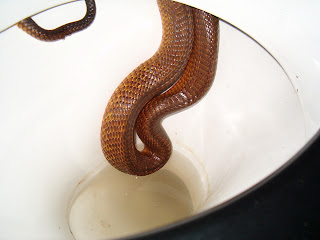 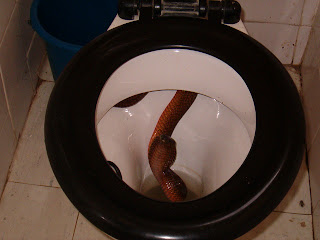 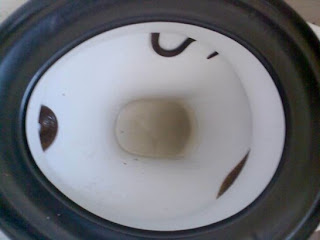 And for the snake-phobic, there is really only one way to deal with such an inconvenience...but wouldn't have been easier going behind a bush?

No word on the snake's fate. 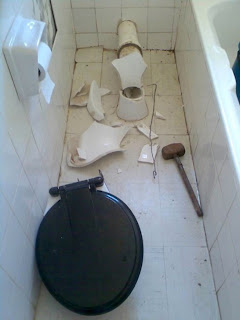