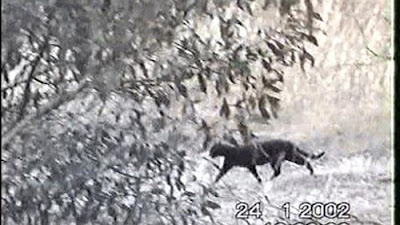 The Victorian Government has ended a 'desktop study' into the existence of big cats in Victoria less than three months in, the ABC has reported.

The Victorian Agriculture Minister Peter Walsh says no more taxpayer funds will be spent on investigating the existence of "big black cats" in the state.

Two government researchers have completed a survey of alleged sightings of big cats over several decades.

It found it was "highly unlikely" the animals existed, and that instead, they were probably large feral domestic cats.

Mr Walsh says the completion of the survey fulfils an election promise, but he won't say how much it cost.

"The big cat study was done with existing resources of the DPI and the DSE, the majority of work was done by researchers at the Arthur Rylah Institute. There is not an exact figure."

When pressed further for the cost of the study the minister declined to provide detail.

"I'm not going to get into every different project that the DSE or the DPI does and allocate dollars per project."

The minister says as far as the government is concerned, the matter is now closed.
Posted by RR at 21:25