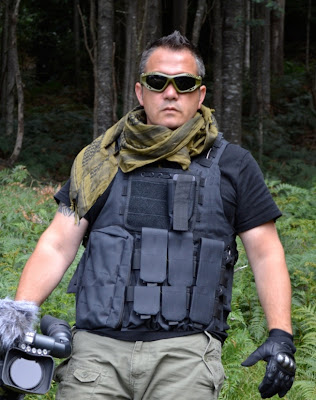 So those who know him are not fazed when he says he's going to launch himself off the top of the State's tallest waterfall to raise money for the Save the Tasmanian Devil Appeal and capture every moment on camera.

Pelverata Falls in the Snug Tiers is virtually in the backyard of his Margate home and on Saturday 13 October, Max will abseil 114m to the bottom carrying a Save the Tasmanian Devil Appeal banner that the whole world will see. 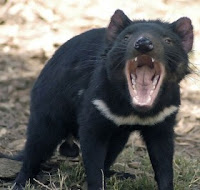 Cameras on Max's head, arm and positioned above and below the falls will record every move and live footage and comments on the plight of the State's iconic animal, which is battling Devil Facial Tumour Disease, will stream live over the internet.

Amazing images of the waterfall circulating widely could also be a bonus for local tourism.
The wildlife filmmaker and adventurer is a former special forces army officer who 15 years ago swapped weapons for a camera and moved to Tasmania.

Max spends his days hiking, rafting and climbing to remote areas collecting footage of endangered animals and interesting natural areas, with his work having appeared in National Geographic magazine and a David Attenborough documentary.

Max said that he is passionate about helping raise awareness of the plight of the Tasmania Devils.

“They run around my house and I dread thinking about a day when I could no longer hear their crazy growls of a night time,” he said.

“I'm calling on local businesses and individuals to sponsor me $100 per metre of the abseil and every cent will go directly to the appeal.”

Supporters are being asked to go to the appeal's official website www.tassiedevil.com.au, click on the Save The Tasmanian Devil Program Appeal icon at the top of the page and fill out the donation form choosing Max Moller Abseil in the 'inspiration' field.