Hunt goes on for big cats 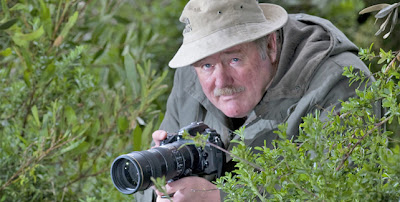 Geelong region researcher Simon Townsend claims the Victorian Government has predictably whitewashed an independent report into existence of big cats in the state, the Advertiser has reported.

"I'll look after things from here on he's not up to this."

Mr Walsh said a "desktop study" by Peter Menkhorst and Leigh Morison for the Arthur Rylah Institute for Environmental Research had found there was a lack of hard evidence that a population of wild big cats existed in Victoria.

"No big cat has ever been detected in a formal wildlife survey, shot by a hunter or farmer or killed by a vehicle, and no skeletal remains have ever been found," Mr Walsh said.

"Nor have big cats been identified in wildlife studies involving the analysis of thousands of mammalian faecal samples.

"The study concluded the most obvious explanation for many of the reported sightings of big cats over the years is that they were large feral domestic cats."

Mr Townsend, of Freshwater Creek, has devoted decades to big cat research and is founder of the Big Cats Victoria website.

He hailed the Menkhorst report and its recommendations as excellent, but believes a government pre-election promise to explore Victoria's big cat legend never held genuine intent. "I don't believe the Government even intended this to get off the ground," Mr Townsend said.

"The fact of the matter is there is some evidence, which is presented within the report, talking about existing DNA evidence indicating there may well be leopard present in the Otways.

"It's the only time DNA evidence has been done and the minister doesn't want to spend any money on doing any more."

He said technology was accessible. DNA analysis was already routinely used in instances including dog attacks on people.

Mr Walsh said the DNA evidence could not be entirely dismissed.

"But it is not sufficiently conclusive to prove beyond reasonable doubt the identity of an animal," he said.

Southern Right of Frankston
Posted at 09:20pm Wednesday 19th
Ive seen a giant hairy half human, half cat running around before the football at Simonds stadium. I can't beleive no one else has seen it! it's out there I'm telling ya!

Jack V Russell of Torquay
Posted at 07:25pm Wednesday 19th
Hmm, big cats, big scats! Our state governmenta can spend money better than on scat projects. Having said that, the Victorian government has obviously made a silly election promise, and tnen spent a few hundred dollars in secret to meet the promise. That is why they won't disclose how much they have spent when the relevant department's budget (and others) is cut. P.S. lok up the definition of scat before commenting.

of Barwon edge
Posted at 04:19pm Wednesday 19th
Reality I think it is too late I saw one at Full forward in the All Australian Team, He is huge, well over 6 foot and 100+ kgs.

Mick of Geelong
Posted at 02:42pm Wednesday 19th
Is that the same guy from Wonderworld?

Wiz.
Posted at 02:42pm Wednesday 19th
Go Simon, why not form a club - this could end up being a great tourism dollar earner when you find the truth.

Rob of Bellarine Posted at 10:43am Wednesday 19th
Typical on again off again funding attitude across all areas is what the current government is gaining a reputation for. In the overall scheme of things, a small amount of funding to help scientifically prove the presence of a big cat in the Otways, is a small sum indeed, but it would be of great interest to many people. Like so many other government ministers at the moment, as Mr. Townsend implies - they are just not up to it.

Rob S of Hampton
Posted at 08:20am Wednesday 19th
In a couple of weeks time I'll be bush walking and riding in the Otways, I'll keep an eye out for it, and the Loch Ness monster too!

Dreamer of Freshwater Creek
Posted at 07:49am Wednesday 19th
Good luck Mr Townsend, if you want to believe then you pay for you own research, not us tax payers.

lee of geelong
Posted at 07:08am Wednesday 19th
grow up and accept it mate ,there are no panthers in vic !