Forget big cats - search is on for tigers! 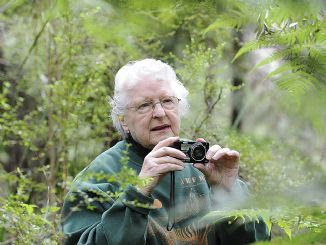 The State Government says it's likely big cats don't exist - but Tasmanian Tigers may be roaming the hills, according to the Free Press Leader.

A Monbulk group that investigates rare animals, believes Tasmanian Tigers - declared extinct last century - are alive and well and in the area.

The Australian Rare Fauna Research Association (ARFRA) is a voluntary organisation that records and investigates sightings of unusual animals.

ARFRA president Dorothy Williams said there have been sightings of Tasmanian Tigers (thylacine) in the area for many years, but with little publicity.

In modern times, the animals have been recorded as native to Tasmania, but scientists believe they were once widespread throughout mainland Australia and Papua New Guinea.

"People have reported sightings of 'strange foxes' to us that we believe are thylacines," Ms Williams said.

The 81-year-old has been involved with ARFRA since 1990 and is working on a book about the group's work, based on the research of its late founder, Peter Chapple, who died in 1992.

She said the group urged anyone who had seen something that resembled a Tasmanian Tiger to contact them confidentially.

She said the group even had reported sightings of a yowie - a mythical Australian version of the yeti.

Members are needed to continue investigations, including night-time expeditions, into the tigers.