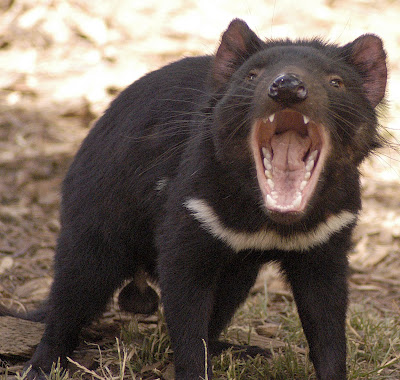 A proposal to establish a healthy population of Tasmanian devils on Maria Island has been approved.

The Environment, Parks and Heritage Minister, Brian Wightman, said the Parks and Wildlife Service has completed a comprehensive assessment of the project. The Development Proposal and Environmental Management Plan have also been approved by the Tasmanian and Australian Government's Save the Tasmanian Devil Program.

"For 18 months, the Save the Tasmanian Devil Program has been monitoring wildlife in the Maria Island National Park," Mr Wightman said.

"Members have been carefully researching how to release and manage a population of devils. They've been considering potential impacts, and developing mitigating measures, if required.

"This project has been researched and analysed - and it stacks up. It'll now become a valuable part of our strategy to save the iconic and much-loved Tasmanian Devil from Devil Facial Tumour Disease," he said. The Parks and Wildlife Service has imposed conditions on the approval, to protect the island's natural and cultural heritage values.

"Despite all the work done so far, the program recognises the potential for some unforeseen impacts from introducing Tasmanian devils to Maria Island," Mr Wightman said. "That's why the introduction will be staged over time, with the devils and other species under constant monitoring.

"This project will be slowly and carefully introduced, to ensure it's done safely and effectively," he said.

"This project helps add to a healthy population of Tasmanian devils, that can be used to re-build wild populations, if needed, in future," he said.

Mr Wightman said the proposal involves releasing up to 50 Tasmanian devils on Maria Island, in stages, over the next two years. The next stage is working with the Zoo and Aquaria Association to identify the most suitable animals for release.

For the initial release, about 10 animals will be chosen from the overall insurance population of more than 500, which meet genetic and behavioural criteria. That process will happen in coming months, with the initial release planned for later this year.