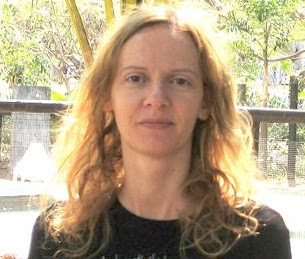 Back in September 2011, CFZ Australia was contacted by Sabrina Tessari, an Italian tourist who had visited Magnetic Island. She emailed us and the Magnetic Times with some very interesting news.

On her visit Sabrina was keen to see the local wildlife, but she was shocked and surprised to see a big black cat on the island - an animal "equal to a black panther". At the time even we were puzzled but open-minded. And now subsequent reports have everyone scratching their heads.

My name is Sabrina Tessari, I live in Italy near Milan, and I returned
yesterday from a trip to Australia, doing a search on the internet I found your
site and I decided to write you immediately.

Between September 16 and September 22, 2011 I stayed in the Bungalow Bay Koala
Village structure in Horseshoe Bay on Magnetic Island. This is a camp in a
nature reserve. I slept in a bungalow in the back row next to wire that marks
the camp from the surrounding forest. Every day and night in camp I've seen
every kind of animal: kangaroos, wallabies, possums and parrots that I have fed
... but the last morning (it was around 7 and there was already light) as I
found on the veranda of the bungalow I noticed a noise over the wire and
thought it was the usual kangaroo, but I saw an animal that was equal to a
black panther (start by saying that I did not know that in Australia there were
no cats in the wild until then) are remained motionless, watching her walk
slowly for a few minutes near the wire, unfortunately,  his face was turned
towards the forest and I could not see, but the sinuous body with short hair,
shiny, black and stealthy pace, the unmistakable long tail with a rounded tip
have left me in doubt.

Soon after I went to ask the people of the structure (including a ranger) if
there were like animals in the reserve, but they said they were unaware of this
type of fauna. I ask you kindly to give me an answer, it is possible that on an
island in Queensland has come a big cat?

Sure of what I saw, I documented until I came across your site and I hope that
finally someone may now believe.

Is it possibile  the existence on Magnetic Island of a black panther or a big
cat?

"Thanks for your interesting email. Is it possible that a small island could have a big cat? Yes.

"Is it probable? No.

"You may well have seen one of Australia's mystery cats, as I am sure you can tell the difference between on normal feral cat and something exotic like a panthera."