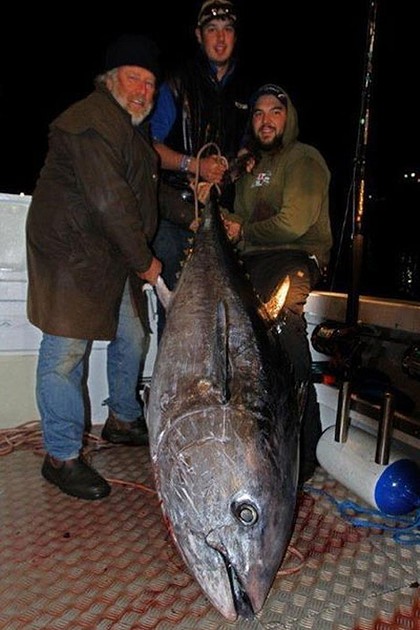 Recreational fishermen netted a monster tuna weighing in at 122kg off the Victoria coast yesterday.

Chris Vasileyski, one member of a four-man crew, told The Age the fish would not be the one that got away.

"We chunked it up and took it home," he said, confirming the crew members would keep the prized tuna for themselves.

Mr Vasileyski runs the Gone Fishing Charter company but was on duty and just "fishing with mates" from Melbourne and Geelong at the time of the huge catch.