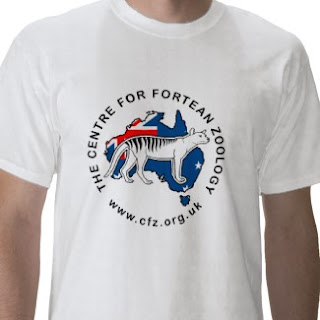 Order your custom CFZ Australia t-shirt, and support the Centre for Fortean Zoology (and get a great t-shirt!).

The Observer Tree - fight to save a Tassie forest 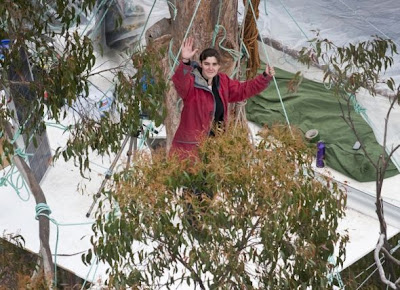 Perched 60m up an ancient gum tree in a remote part of south-west Tasmania, Miranda Gibson's tree-top home has a spectacular view across one of the biggest untouched tracts of temperate rainforest left in the southern hemisphere.

For more than three months, 30-year-old Gibson has been living high above the canopy floor that is the home to some of Australia's most threatened indigenous wildlife, including the Tasmanian devil and spotted tail quolls. Flying overhead are the equally threatened Tasmanian white goshawks and wedge-tailed eagles.

But Gibson's arboreal home is under imminent threat. These ancient forests are currently unprotected and could be destroyed by logging any day.

In a dramatic bid to save the trees and its wildlife from the chop, Gibson has created the Observer Tree, a global media centre bristling with the latest digital technology to bear witness to the encroaching bulldozers and loggers.

"My aim has been to bring the images of the forests and the truth about the ongoing logging of these areas to the international community and beam my forest protection message across the world," says Gibson. 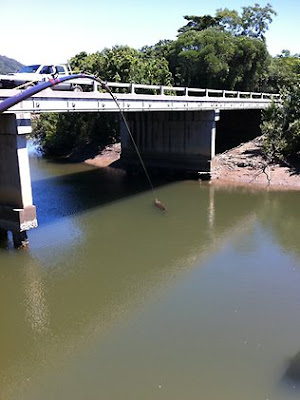 Amateur angler Jamie Finger was fishing from the old Mowbray River Bridge near Port Douglas when he snagged the saltwater croc.
Using 12.5kg breaking strain line and a prawn bought from a supermarket, Mr Finger was fishing alone about noon when the saltie struck.
"I took a few photos and a video because I thought no one would believe I had caught a croc.'' 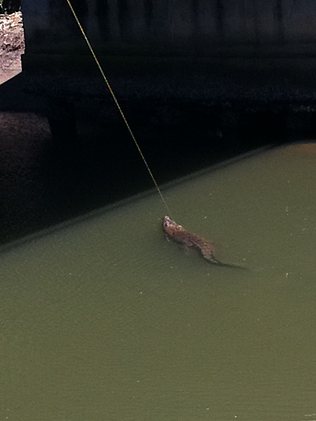 Leadbeater's Possum teeters on the brink 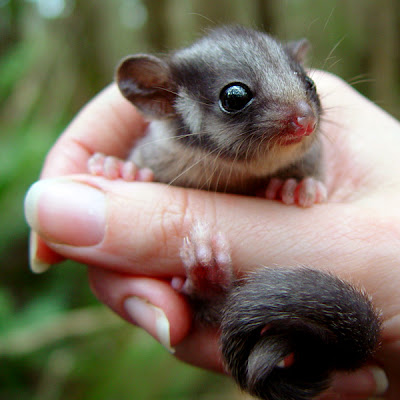 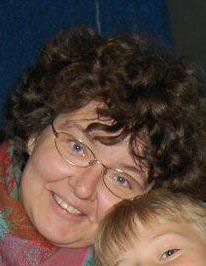 The wife of our good friend, cryptozoologist Lars Thomas, is still missing.
Lars thanked everyone this week for rallying behind his search for his missing wife Jeanett Rask Thomas.
He also penned this heartfelt tribute to his wife.
Please take a moment to read it.
Posted by RR at 00:07 No comments: 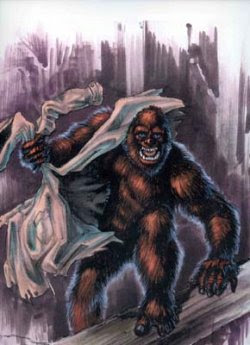 Mike Williams has dug deep into his video archive of yowie witnesses and produced another gem. Thanks Mike! Enjoy... 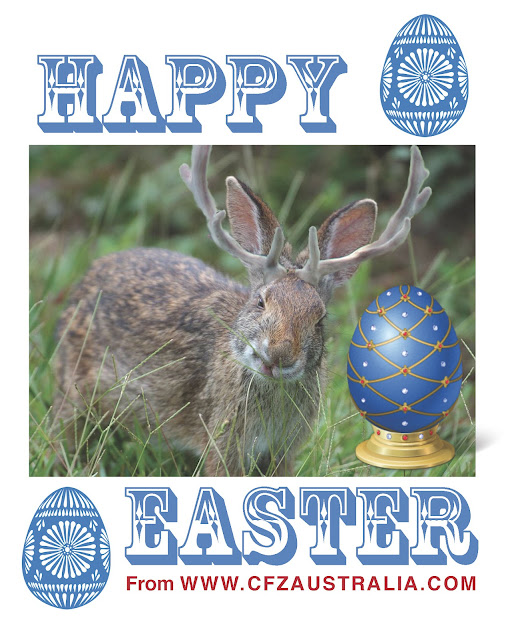 On the Track of Unknown Animals - Episode 56 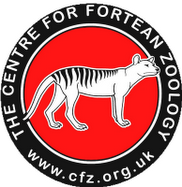 The latest episode of the CFZ monthly webTV show brings you news on CFZ activities within cryptozoology and natural history as well as the latest cryptozoological, and monster-hunting news from around the world.

This episode brings you:

Dingoes and Devils the answer for Australia? 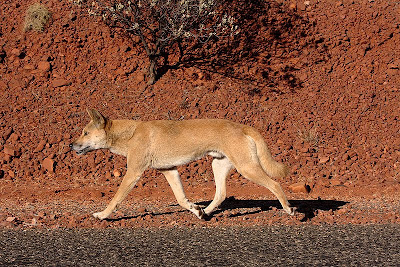 A new paper to be published in the May edition of Trends in Ecology and Evolution suggests dingoes and Tasmanian devils could control invasive species, such as cats and foxes, as well as overabundant herbivores.

"We need to be quite bold and allow predators back into the landscape and see if they can reverse some of the damage we've done," said Dr Euan Ritchie, ecologist at Deakin University in Melbourne and lead author of the paper.


The abstract of the paper reads:

"Recent advances highlight the potential for predators to restore ecosystems and confer resilience against globally threatening processes, including climate change and biological invasions. However, releasing the ecological benefits of predators entails significant challenges. Here, we discuss the economic, environmental and social considerations affecting predator-driven ecological restoration programmes, and suggest approaches for reducing the undesirable impacts of predators. Because the roles of predators are context dependent, we argue for increased emphasis on predator functionality in ecosystems and less on the identities and origins of species and genotypes. We emphasise that insufficient attention is currently given to the importance of variation in the social structures and behaviours of predators in influencing the dynamics of trophic interactions. Lastly, we outline experiments specifically designed to clarify the ecological roles of predators and their potential utility in ecosystem restoration." 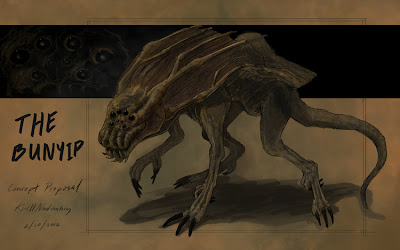 The folk over at The Bunyip Movie are busy creating the monster of the title, and have come up with the concept above - which to our way of thinking smacks a little of the repulsive reptilians of Alien fame!
So we thought it was worth pondering on the blog: what do Bunyips look like?
Escaped convict William Buckley, in his 1852 biography of 30 years living with the Wathaurong people, recounts "in... Lake Moodewarri [now Lake Modewarre] as well as in most of the others inland...is a...very extraordinary amphibious animal, which the natives call Bunyip. I could never see any part, except the back, which appeared to be covered with feathers of a dusky grey colour. It seemed to be about the size of a full grown calf... I could never learn from any of the natives that they had seen either the head or tail."
Naturalist George French Angas collected a description of a bunyip as a "water spirit" from the Moorundi people of the Murray River before 1847, stating it was "much dreaded by them… It inhabits the Murray; but…they have some difficulty describing it. Its most usual form…is said to be that of an enormous starfish."Robert Brough Smyth's Aborigines of Victoria of 1878 devoted 10 pages to the bunyip, but concluded "in truth little is known among the blacks respecting its form, covering or habits; they appear to have been in such dread of it as to have been unable to take note of its characteristics."
In many 19th-century newspaper accounts the bunyip was variously attributed a dog-like face, dark fur, a horse-like tail, flippers, and walrus-like tusks or horns or a duck-like bill.
Many modern-day researchers now believe the descriptions may have referred to seals or walruses, or even a 'cultural memory of megafauna such as the diprotodon.
Quite a few artists have had a crack at the water-dwelling beastie said to terrorise early colonial Australians and prey on Aborigines - based occasionally on witness testimony and more often springing from their own imagination. 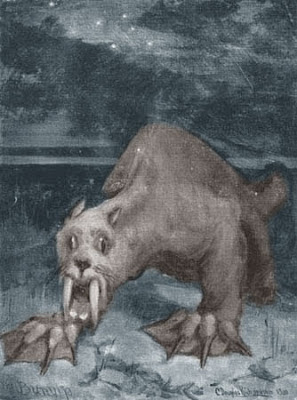 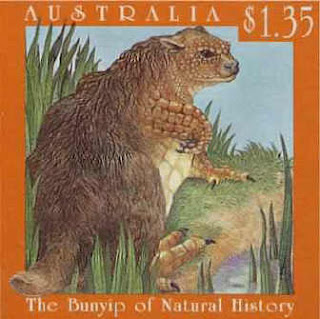 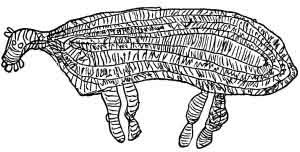 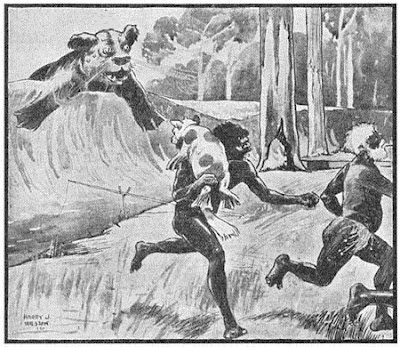 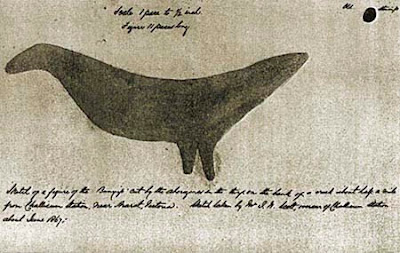 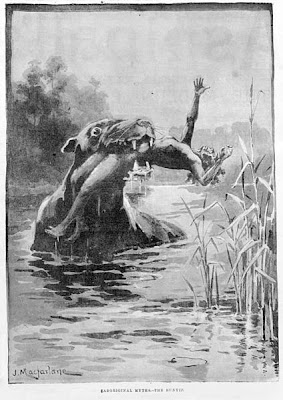 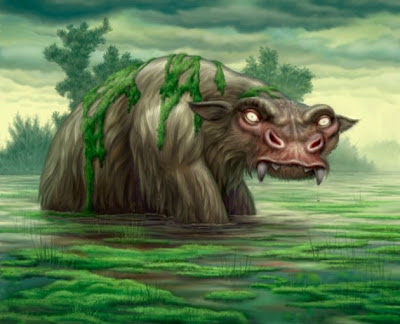 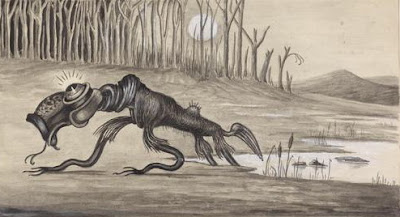