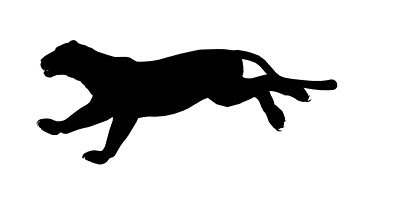 The ABC's Rural Report has been receiving reports of a 'panther-like' creature roaming the rangelands near Doon Doon in the East Kimberley.

This week the show heard from 'Ben' who says he saw the creature last year, and spoke to the manager of the Doon Doon roadhouse who says truckies have been reporting seeing a big cat near the Dunham River.

Ben saw a large slender black cat slinking through the bush, and later a 17cm paw print, some 150km from Kununurra in the East Kimberley.

Have you seen the Doon Doon panther? Let us know.

The book Savage Shadow: The Hunt for the Australian Cougar recounts the wave of big cat sightings in Western Australia during the 1970s and 1980s.

Following in its tracks is Australian Big Cats: An Unnatural History of Panthers, which documents big cat sightings all over Australia including across Western Australia.
Posted by RR at 21:35