Heuvelmans' On The Track continues to inspire... 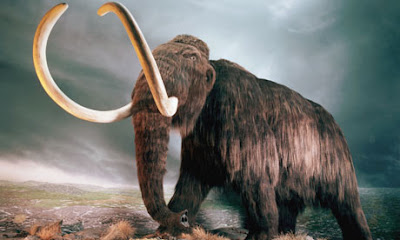 The Independent's Michael McCarthy recently reflected on the enduring power of natural mysteries:

"I can't say I've been influenced by a lot of Belgians in my life, but I make an exception for one: Bernard Heuvelmans, a zoologist from Brussels who wrote a book which reverberated through my imagination when I read it as a young man, and still does to this day.

"First published in 1958, it was called On The Track of Unknown Animals and it examined the idea that there were still large, wild creatures left to be discovered, and that some of them might be remarkable relicts from the past.

"Heuvelmans' book formalised an area of inquiry – an enthusiasm, if you like – which came to be called cryptozoology: the search for animals whose existence has not been proven. Cryptozoology is regarded as merely pseudoscience by mainstream biologists, fixated as it is with the Loch Ness Monster, and the Yeti, and the Bigfoot of the American North-West (now generically referred to as "cryptids"), not to mention ABCs or Alien Big Cats – seen the Surrey puma lately? – and, indeed, it quickly shades into preoccupation with UFOs and the paranormal, and features prominently in publications such as Fortean Times, specialising in Weird News.

"So far, so wacky. They're out there, man. I tell you, they're out there. But Heuvelmans himself was a classically trained zoologist (his doctoral thesis was on the teeth of the aardvark) and his book is a scrupulously sober amassing of information not only on beasts which are formally unknown, but on animals which had been discovered fairly recently, such as the pygmy chimpanzee (the bonobo) and the Komodo dragon, the giant monitor lizard of Indonesia, as well as on creatures which had gone extinct in the recent past, such as the thylacine, or Tasmanian tiger.

"The method is far from fantastical; it is straightforward examination of cases, showing that this one had been found, and that one had disappeared, and this other one was perhaps waiting to be discovered. Some of the cases he highlighted were potentially sensational and have greatly excited adventurers, such as that of the mokele-mbembe, the legendary swamp monster of the Congo river in Africa, which has been the subject of more expeditions than you can shake a stick at, including one last year – all unsuccessful. Other suggestions were much more restrained, and some of them seemed to me entirely plausible.

"One such was that of the woolly mammoth, which we generally think of as dying out tens of thousands of years ago, but which we now know (from carbon dating of its remains) survived on Wrangel Island, off the coast of Siberia, until at least 1,650 BC. Heuvelmans' proposition, based on reports from hunters, was that isolated, relict populations of mammoths might still survive in the taiga, the endless conifer forest of the Siberian mainland. We are far more familiar with the Amazon rainforest, yet the Siberian taiga is bigger, with colossal areas still unpenetrated by roads; and I thought when I read his suggestion, and I continue to think: why not?

"It's not that it's a weird or wacky idea: it's simply that nature, often so vulnerable in the face of our interventions, also has astonishing powers of stubborn persistence, even when all the evidence points to a vanishing. The Loch Ness Monster and the Yeti, I can take or leave, not to mention the Surrey puma, but the idea that the pine marten, our loveliest native carnivore, which we think of as entirely confined to Scotland, might be clinging on in the remoter parts of Wales – which is possible – thrills me to bits. Despite the overweening pride we take in human knowledge, we don't know everything, as Heuvelmans was pointing out; and I give thanks that in the natural world, even now, there are still some secrets left."
Posted by RR at 07:36