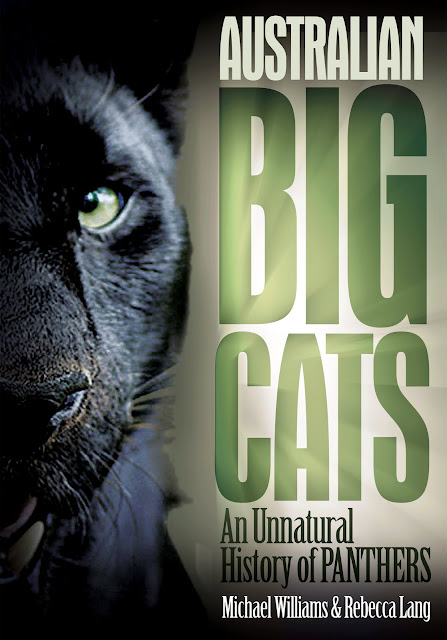 He writes in part, in Williams and Lang’s Australian Big Cats: do pumas, giant feral cats and mystery marsupials stalk the Australian outback?:

"At 434 pages, it’s substantial. It’s also highly readable, nicely formatted and very well illustrated. The authors have collated a vast amount of information gleaned not only from published sources but also from interviews with both eyewitnesses and people who have examined evidence firsthand.

"Williams and Lang clearly travelled widely across the country, photographing locations, people, documents, taxiderm specimens and so on at what must have been great personal expense. They obtained freedom of information acts and other previously undisclosed documents. A lengthy appendix (c. 120 pages) includes copies of numerous letters and documents produced by government officials, veterinarians, ecologists, geneticists and others. The volume is fully referenced (though with the citations given at the bottom of the respective pages, rather than at the end of the text) and with an index.

"So, to anyone seriously interested in mystery animals, mystery big cats or Australian mammals in general, this book is a must-have..."

Read more at http://blogs.scientificamerican.com/tetrapod-zoology/2012/02/13/williams-and-langs-australian-big-cats/?print=true
Posted by RR at 08:13