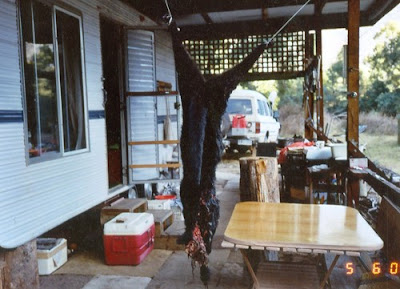 The Victorian Government has downgraded its promised investigation into the existence of puma-like big cats in Victoria after senior bureaucrats poo-poohed the idea.


Shock! Horror! Not really a surprise when the Victorian Government investigation never really got off the ground. In echoes of the NSW Government investigation into the big cat phenomena, it was over before it began - a hollow promise, a quirky news story, nothing more.
Instead, public servants will look at the accumulated paperwork regarding the hundreds of big cat sightings and unexplained livestock deaths in the past decade.

Perhaps they should cut some corners and buy a copy of Australian Big Cats: An Unnatural History of Panthers instead!

Department of Primary Industries documents released under Freedom of Information to the Herald Sun newspaper show the inquiry has been downgraded to a "small desktop study of existing documents".

"In all likelihood, reported sightings of big cats are just that, feral cats ... or misidentification of black wild dogs or even foxes," the memo states.

But Mr Walsh, who last year said the probe would find out the truth about big cats "once and for all", said the issue remained important to rural Victorians.

He said the inquiry, a "desktop study" of Parks Victoria staff and wild doggers' field work and species survey work, would begin after an aerial wild dog baiting program ended.