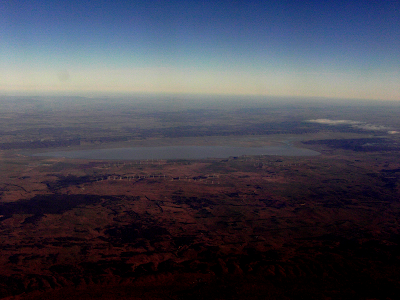 Over the years we've amassed quite a bit of interesting footage - mostly witness interviews but occasionally wildlife footage as well. We've also been given footage to share, and this latest offering from authors Tony Healy and Paul Cropper is a pearler - an interview with a man who saw the Lake George Yowie in the mid-1970s!

Lake George (also known by its indigenous name Weereewa - 'bad water') is an aquatic conundrum, a 25km long shallow, salty body of water that lies between Sydney and the nation's capital, Canberra. Its ebb and flow - the Lake will dry up completely for years at a time - has been the source of much local superstition and legend. Several fishermen and five Duntroon military academy cadets have drowned in its waters, and all manner of things have been found when the waters have receded - including a plane!

All kinds of phenomena has visited its unpredictable shore - ghosts, UFOs, and as you'll hear now, even Australia's own bigfoot, the yowie!