Normally we only feature news about wild animals on the endangered and extinction lists.

But a rare breed of domestic dog, once popular among royalty and celebrities, is on the brink of extinction and probably deserves a mention.

Sealyham Terriers were first bred for pest control, but are now rarer than endangered species such as giant pandas and tigers!

The breed's popularity soared in the 1920s, when the Kennel Club - the UK's largest dog organisation - registered more than 2000 puppies every year. The breed was exported overseas and bred here in Australia.

The dogs, often described as intelligent and loyal, were favorites with celebrities like Elizabeth Taylor, Cary Grant and Alfred Hitchcock.

Their gregarious personalities and boundless energy, meant they remained sought after for decades, and in 1959 a Sunday newspaper reported, "A notice has been posted in Clarence House and Windsor Castle giving explicit instructions that when Princess Margaret has breakfast in bed, her two Sealyhams must be brought to the room along with her breakfast tray."

But last year only 49 were bred in the UK, the breed's home, putting them on the Kennel Club's top three most endangered native breeds list.

The dramatic change is attributed to new fashions, the availability of a greater number of breeds and the decline of ratting as a form of vermin control.

Sealyham Terriers are believed to be a mix of the now extinct English White Terrier combined with Dandie Dinmont, the Fox Terrier, the West Highland and the Corgi. 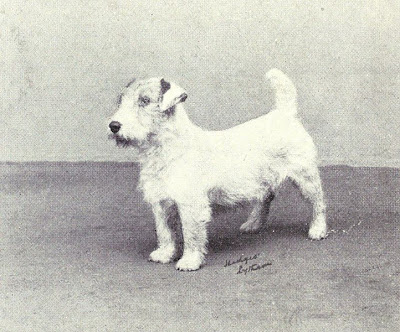