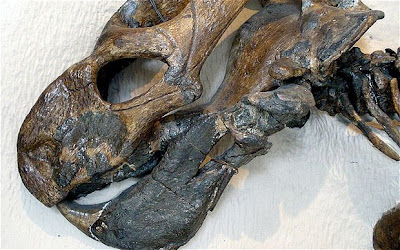 When Hobart couple Bob and Penny Tyson went fossil-hunting on a Tasmanian beach, they weren't expecting to find a rare 250-million-year-old specimen embedded in the rocks.
The remains were of a dicynodont, an early ancestor of modern-day mammals, and it was the first specimen to ever be discovered so far south.
Roughly the size of a cow, the plant-eating animal had two tusks and a horny beak.
Queensland Museum palaeontologist Andrew Rozefelds says they lived on every continent, including Antarctica. But until now, the only Australian specimen was found in Queensland almost 30 years ago.
The fossil is now being stored at the Tasmanian Museum. 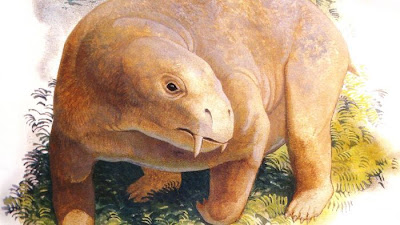