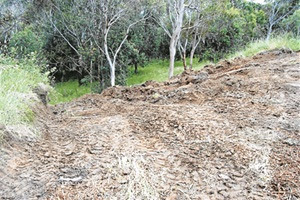 The discovery of 25 dead ponies in remote bushland has stumped police and veterinarians and horrified locals.

The gruesome discovery, just off the New England Highway near Glen Innes, in the state's north-west, was made after police received a tip-off at the weekend. Twenty-two of the bodies were grouped together while a smaller group of three lay a few metres away at the bottom of a cliff.

The carcasses were too decayed for any kind of toxicology testing, and there were no obvious wounds or injuries that might account for how the animals died.

The animals also bore no brands or other identifying marks that might help trace ownership.

"I've never seen anything of this magnitude. It was a disturbing scene," Inspector Rod Shoesmith, of Armidale police station, said.

Officers photographed the animals then buried their remains at the site. They believe a small- to medium-sized truck was used to dump the ponies.

Anyone who noticed suspicious or unusual behaviour in the area is urged to contact Glen Innes Police or Crime Stoppers on 1800 333 000.
Posted by RR at 08:36