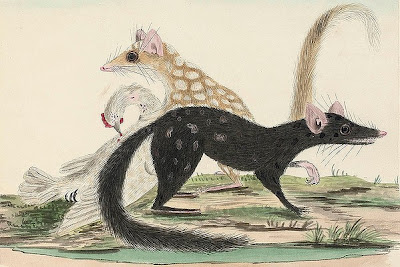 A rare collection of 210-year-old natural history drawings will shortly go on display at the State Library of NSW.

The collection of 741 exquisite natural history drawings and watercolours – many previously unknown and created during the earliest years of British settlement - remained in private hands in the UK for 200 years.

It is one of only two surviving comprehensive natural history collections of such substance from this period - the other major collection resides in London’s Natural History Museum.

The artworks, depicting local plants, birds and fish, are elaborately bound in six albums, and were compiled in the 1790s by the leading naturalist and botanist Aylmer Bourke Lambert. In 1842, the albums were purchased by the 13th Earl of Derby, a legendary natural history collector.

This landmark $7.1 million acquisition – the most expensive in the Library’s history – was made possible through the financial support of TAL (formerly Tower Australia) and its parent company Dai-ichi Life, the NSW Government and the State Library Foundation.

The collection is part of Australia's national heritage. The hundreds of drawings in the TAL & Dai-ichi Life Collection, as it is now known, tell us much about plant and animal species and habitats during the early years after the arrival of the First Fleet. They are a valuable record of Australian flora and fauna including now extinct or endangered birds such as the White Gallinule and the Blue-bellied parrot.

Highlights from the TAL & Dai-ichi Life Collection will go on public display for the first time at the State Library from 10 December 2011 to mid-February 2012. A major free exhibition and regional tour is being planned for 2013. 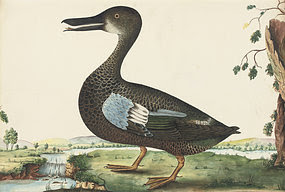