Interest in The Hunter flushes out more stories 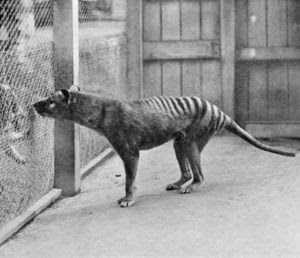 ABC Radio talks to Tasmanian wildlife biologist Nick Mooney about the latest Tasmanian Tiger sightings on the Apple Isle and author Col Bailey, who had his own sighting in 1995 in south-west Tasmania.

One of the most famous witnesses, Hans Naarding, also talks about his sighting.

"I've dealt with 100s of reports...I think it's likely gone some decades ago but it is possible it's still there," Nick said.