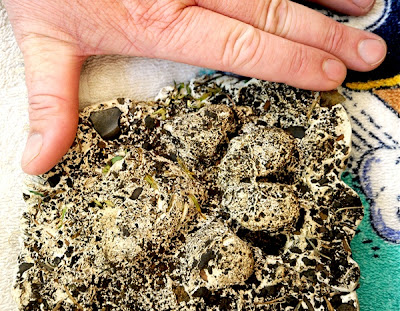 A Bilpin family believe their pet alpaca was mauled to death last week by a big black cat, according to the Hawkesbury Gazette.

On the morning of Friday, November 4, at about 3am, the Bells Line of Road property owners John and Amanda (surnames withheld by request) were woken by their dog which was barking hysterically.

John said when he went outside to see what was going on he could see ‘Jabaru’ the alpaca, but when the family left to drop the kids off to school they made the gruesome discovery.

“At first we thought it may have been wild dogs that got through the fence and ripped him apart but when we walked around and saw the foot-prints and teeth marks we knew no dogs could do that. It was too neat an attack,” John said.

With concerns about what had actually killed the loved family pet, John and Amanda contacted Grose Vale’s Chris Coffey who has been maintaining a database of sightings of big cats, and she confirmed their doubts that it was not a dog attack. “It was definitely not a dog attack, it was a cat,” she said.

“I knew straight away when I saw the paw print and photos that it was absolutely a big cat and I have every reason to believe this.

“I have seen too much of it and I know the difference between a dog attack and a cat attack.

The pictures and pawprints have since been analysed by experts who have also verified it to be a big cat attack. “There’s nothing else out there that could do something like this,” Mrs Coffey said. “There were four canine (long-pointed teeth as opposed to the teeth of a dog) teeth marks on the alpaca about 7cm wide – two on the top of the head and two below the jaw.”
Posted by RR at 20:22