Yes Virginia, there are hairy men in Canberra 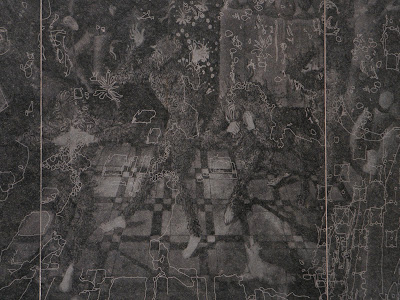 Well, hairy men at least, as evidenced by this mural discovered by eagle-eyed CFZ contributor David Hearder in Canberra.

So who are these hairy men? And from where did they come?

The mural is etched in granite and graces Magna Carta Place in Canberra, a monument to commemorate the centenary of Federation of Australia and a gift from the British Government. The site was dedicated in 1997, which was the 700th anniversary of the sealing of Magna Carta by King Edward I of England. But back to the hairy men.

The French mural Bal des Ardents, which translates as 'Ball of the Burning Men', depicts a very real event - a rather grim ending to an evening of masquerade in 1393.

As Wikipedia sums it up: On 29 January 1393, at the behest of the king, a grand party was organized to celebrate the wedding of one of the queen's ladies-in-waiting at the Hotel de Saint Pol. At the suggestion of a Norman Squire, Huguet de Guisay, the King and four other lords dressed up as wild men and danced about chained to one another. They were "in costumes of linen cloth sewn onto their bodies and soaked in resinous wax or pitch to hold a covering of frazzled hemp, so that they appeared shaggy and hairy from head to foot".

At the suggestion of one of the "wild men," Yvain de Foix, the king commanded – in view of the obvious danger of fire – that the torch-bearers were to stand at the side of the room. Nonetheless, the King's brother, Louis of Valois, Duke of Orléans, who had arrived late, approached with a lighted torch in order to discover the identity of the masqueraders, and he accidentally set one of them on fire.

Alternatively, it may have been a plot to kill the mentally deficient king. In any case, there was panic as the fire spread. The Duchess of Berry, to save a dancer who had come near her to intrigue and tease her, threw the train of her gown over him, and it was soon revealed to her that the life she had saved was the king's. Several Knights who tried to put out the flames were severely burned on their hands. Four of the wild men perished: Sir Charles de Poiters son of the Count of Valentinois, Huguet de Guisay, Yvain de Foix and the Count of Joigny. Another, Jean son of the Lord de Nantouillet, saved himself by jumping into a dishwater tub.

So you see, there really are hairy men in Canberra! 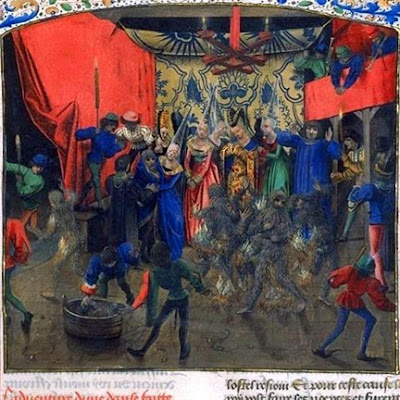 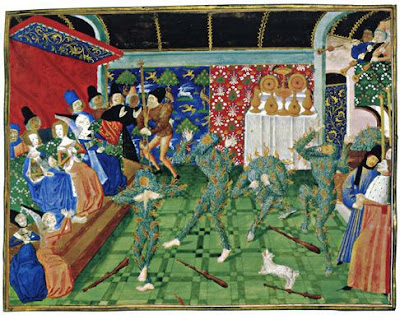