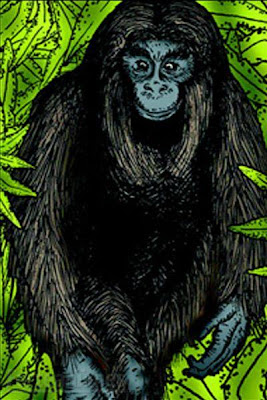 As we slog through the jungles of Sumatra, we've lined up some posts to keep you entertained. This latest one profiles our quarry, the legendary Orang Pendek, the man-ape of Sumatra.

Deep in the Kerinci region of Sumatra, a creature is said to exist that has a lot in common with apes - and humans. The so-called Orang Pendek (literally meaning 'short man' in the native tongue) is a ground-dwelling bipedal ape about three feet tall. It also leaves behind a somewhat unusual footprint, as seen below compared to several others. 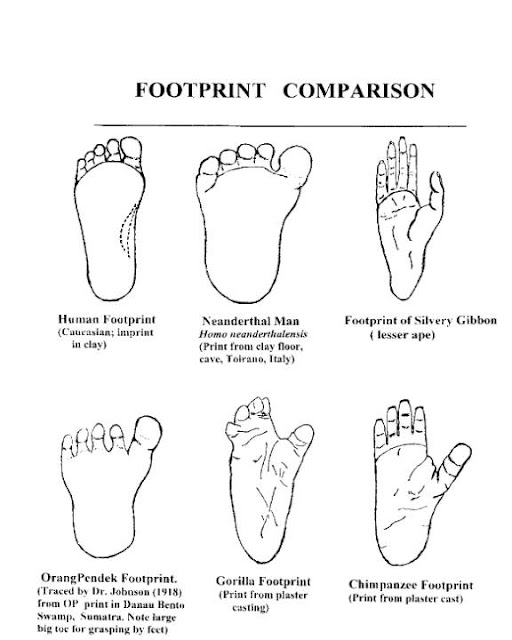 The animal has allegedly been seen and documented for at least one hundred years by forest tribes, local villagers, Dutch colonists, and Western scientists and travelers.
But what is it? This 1932 newspaper article describes an encounter with the creature (skip to the second half):

And another article details a startling discovery: 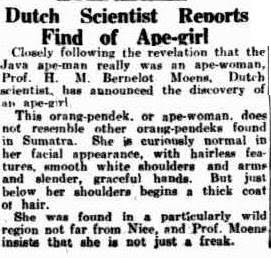 Curiouser and curiouser!
Posted by RR at 15:51