Fox baiting in Tasmania ramps up 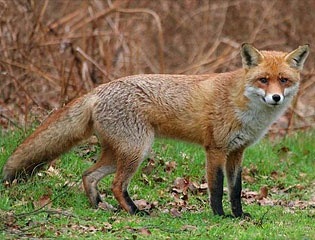 The biggest invasive animal eradication blitz in the world is now moving across two fronts with baiters and dogs heading into Tasmania's Central Highlands and the far North-West.

The Fox Eradication Program's has completed the first stage of its massive fox-baiting operation, laying 3751 baits across 520 properties and 48,000ha between Southport and Hobart.

Detection dogs which follow behind the baiters have not found any fox carcasses or scats.

But Fox Eradication Program manager Craig Elliott says that no news is good news in Tasmania's $27 million fight against giving the fox a foothold.

"It takes about six to eight hours for the baits to have an effect on a fox. From mainland experience a baited fox would go away and curl up in a hollow log or a den to die," Mr Elliott said.

The program involves the laying of 40ml Foxoff and Probait baits which contain 3ml of 1080 poison.

Some Tasmanians have written to federal Environment Minister Tony Burke outlining their concerns the program was putting already-endangered animals at risk of poisoning.

"I call on you immediately to order the cessation of all fox baiting in Tasmania until a thorough, independent investigation is completed," one letter to Mr Burke says.

"I would state that the fox baiting campaign will go down in Tasmania's history as more of a tragedy than the government of the day placing a bounty on the now-extinct thylacine."
Posted by RR at 14:11