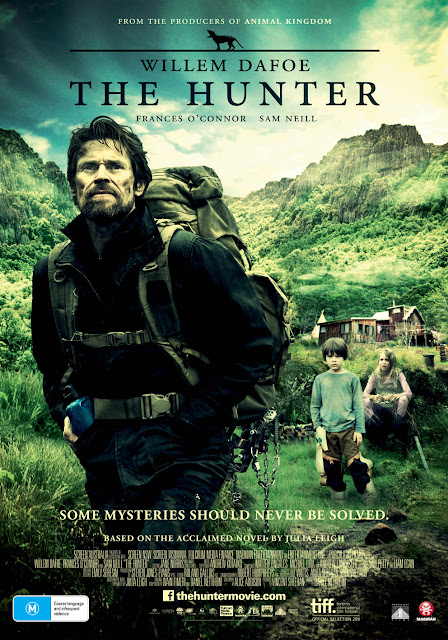 Actor Willem Dafoe has weighed into the Tasmanian Tiger debate - is it or isn't it?

In his latest film, The Hunter, Dafoe plays a mercenary sent to Tasmania by a pharmaceutical company to hunt for the last surviving Tasmanian Tiger.

In reality, the 'tiger' was hunted to extinction by Australian settlers, with the last captive specimen dying at Hobart Zoo in 1936. Since that time there has been thousands of unconfirmed reports of sightings, and Dafoe for one remains optimistic about the Thylacine's survival.

"I feel a little like a child, but I like to think there is and when you see all that wilderness you think, it's possible," he said. "It's a little bit like I remember when I'd go fishing as a kid, I'd look out at the water and I would envision the big fish that I was going to catch."

Director Daniel Nettheim says he hopes the next witness has their mobile phone ready.

"Science tells us that really the animal couldn't have survived up to present day, because it lacked the critical mass for breeding," he said. "But so many people on the island believe in it, and so many people claim to have seen it, there is this kind of collective need for it to still exist."