Cassius the monster croc of them all 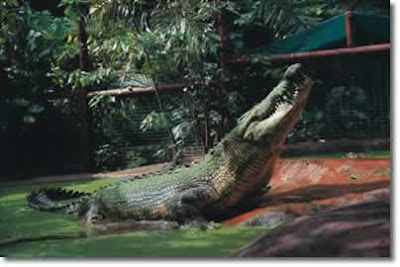 It's official - Cairns, Queensland has the biggest captive crocodile in the world according to the Guinness Book of Records.

Cassius, the 5.5m saltwater crocodile, has called Marineland Melanesia his home for 24 years. The monstrous crocodilian, believed to be more than 100 years old (and a man-eater to boot!), will appear in the 2012 edition of the organisation’s book, which will be launched next month.