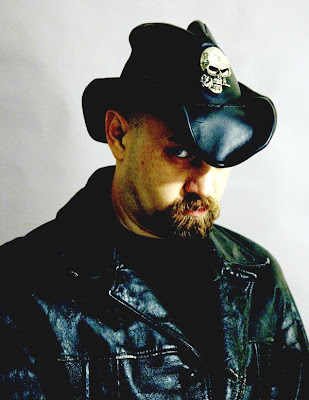 How did you first get involved in researching strange and mysterious creatures?
Unlike other researchers I know, I didn’t experience anything quite as dramatic as a life-changing encounter. When I was young, I developed a deep-rooted fascination with Bigfoot and the Loch Ness Monster, as well as UFOs, ghosts and other mysteries. I didn’t really pursue my interest too much until about a decade ago, when I began working with a group of passionate Bigfoot researchers from Texas. I observed first-hand some things that I felt couldn’t be explained and cryptozoology subsequently became my obsession.

What were some of the early influences in your life?
Well, my mother mainly, because she took me on so many amazing adventures around the world. She always wanted me to be an archaeologist and writer, so we would often travel to famous ruins like Machu Pichu, Stonehenge and Carthage. But, I was mostly interested in legendary animals, as well as the native wildlife wherever we traveled. Looking back, I had many defining moments that led me to where I am now, but there are just too many to cover here.

Have you personally seen one of these creatures?
No. I never have, although I’ve interviewed many credible eyewitnesses. I did see two eyes reflecting in a spot where other researchers and I thought we heard a Bigfoot creature vocalizing just minutes earlier. But from that distance, I’m just not sure what I was looking at. If it was a deer or other animal, it must have been very tall.

What creatures particularly interest you?
Probably the flying creatures like Big Bird, because I’ve spent so much time investigating those. I receive new reports on a regular basis and I’ve had many people confide in me about their sightings of enormous, winged monsters. I think this is a highly neglected branch of cryptozoology. There are apparently some unknown things soaring through our skies and not too many people are taking it seriously.

What cryptids are most likely to exist in your opinion?
Well, certainly there must be some large, undiscovered species in the Earth’s oceans, which are just so vast, deep and unexplored. Based on centuries of reports I think that there is an animal out there that would explain centuries of sea serpent and lake monster reports. It seems to possess some mammalian characteristics, so perhaps we are dealing with some type of snake-like whale or long necked seal. There may also be gigantic, prehistoric marine reptiles that survived exitinction. Oh, and the thylacine of course, which is most likely not extinct in my opinion.


What’s your favourite?
That really changes all the time, depending on what’s going on with my research. But, I must admit that I find guilty pleasure in the really weird man-beast hybrids, like Owlman, Goat Man and the Lizard Man, even though they have nothing to do with zoology or the natural world.

What’s your favourite Australian cryptid?
My trip to the Australian Outback when I was young was an unbelievable adventure. I had the great honor of climbing Ayers Rock. I remember taking a keen interest in the Bunyip at the time. From a cryptozoological point of view, Australia is a dream. The Yowie, Bunyip, thylacine, megalania and surviving diprotodons are all very compelling and valid possibilities.

Have you developed any theories around where the more unusual animals - i.e. yowies/bigfoot - have come from?
Well, they have always been here I think. Just look at all of the fossil hominoids that have been discovered in the past century. During the Miocene epoch, the planet was literally crawling with upright primates that looked exactly like what people are describing in modern times. Therefore, the most likely assumption, regardless of how unbelievable it seems, would be that a population of these beings have survived extinction and that they have been completely disregarded by western scientists.

Have you written any books/articles?
I recently wrote an article about the Texas Chupacabra for Fate Magazine, which was a great honor. My most recent book - Monsters of Texas

, which was published in 2007. Before that, I had a self-published pamphlet I was distributing called Monsters are Real. I’ve also written a couple of articles for trade publications.

Do you have a website?
I have a Facebook fan page where I post my photos and latest findings. I also write a blog for the San Antonio Current. My latest venture is a cryptozoology excursion team where we are train aspiring cryptozoologists - www.cryptidseekers.org

How many mystery animal reports would you receive a year?
On average, I probably receive about one report a week. Although, people are constantly sending me weird photos, hairs or bits bones they can’t identify. Most of those can be explained in familiar terms, which doesn’t make people too happy. We all love to keep a little mystery in our lives.

What’s the closest you’ve personally come to finding something?
I’ve recorded some compelling Bigfoot vocalizations and have found several structures that resemble the alleged nests or markers constructed by these beings. When I was in Belize, I found some humanoid footprints in a very remote area where people would never think of walking around barefoot. They fit the descriptions of tracks attributed to the small, manlike Dwendi.


What’s the farthest you’ve traveled to go ‘in search of’ mystery animals?
I tend to focus on the cryptids in my region, since it gives me a home court advantage. But, recently I was in the south of France investigating a famous werewolf known as the Beast of Gevaudan. I’d really love to return to Australia and conduct some serious research there some day.


What’s next for you - any trips planned? Books or articles to write? Talks to give?
I’m constantly doing interviews and lectures and I have several ongoing investigations that I am involved with. I’ve also started to write my next book, since it takes me so long to finish one!


Could you share some of your favourite cryptozoology book titles with us?
Well, On the Track of Unknown Animals by Bernard Heuvelmans is considered to be the bible of cryptozoology. Other than that, I greatly respect certain other authors, whose research is highly scientific and influential. Those would include Ivan Sanderson, Roy Mackal, Grover Krantz and Karl Shuker, to name a few.