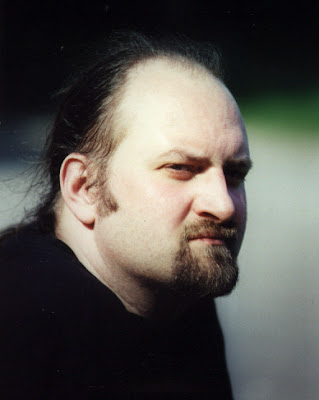 How did you first get involved in researching strange and mysterious creatures?
I discovered the magazine Animals & Men in the sadly defunct Potter’s Museum of Curiosities. I started to write for it, became the Yorkshire rep then finally moved down to Devon to become the Zoological Director of the CFZ.

What were some of the early influences in your life?
Doctor Who! When I was a boy the great Jon Pertwee was The Doctor. He had been trapped on Earth by the Time Lords, so most of the monsters he faced such as Sea Devils, Autons and Giant Maggots were in a contemporary setting. This made them all the more frightening; a monster on your doorstep is more scary than one on some distant planet. My life-long love of monsters led to an interest in real life ones.

Have you personally seen one of these creatures?
I saw a big cat, probably a dark phase puma a few weeks ago on the outskirts of Exeter. Back in 2002 I saw the monster of Martin Mere, an 8-foot wells catfish. In 2008 I may have come close to seeing an Almasty as it prowled around an abandoned farmhouse in the Caucasus Mountains in Russia.

What creatures particularly interest you?
Dragons, there are legends of these giant reptiles in every culture on earth and cave paintings dating back 25,000 years. Dragon-like beasts are still reported today.

What cryptids are most likely to exist in your opinion?
The thylacine - it has been seen by so many good witnesses such as zoologists and park rangers. I have little doubt it still exists. Orang-pendek, I’ve seen its tracks and heard its call. Sea serpents of various kinds (some reptiles, some mammals some fish). The Yeti, the Almasty.

What’s your favourite Australian cryptid?
Obviously the thylacine but I’m very interested in reports of giant crocodiles and giant monitor lizards too.

Have you developed any theories around where the more unusual animals - i.e. yowies/bigfoot - have come from?
I think yowie / bigfoot are apes or hominids. Some monsters may be tulpas (thought forms) raised from a gestalt sub-conscience of our race as a whole. Fossil memories made temporarily flesh.

Have you written any books/articles?
Dragons: More Than a Myth?

; and The Great Yokai Encyclopaedia; An A to Z of Japanese monsters

Do you have a website?www.cfz.org.uk

How many mystery animal reports would you receive a year?
I don’t keep count, dozens.

What’s the closest you’ve personally come to finding something?
Finding tracks from the Orang-pendek, hearing it call and finding hair that was later found to be from a ‘large unknown primate’.

What’s the farthest you’ve travelled to go ‘in search of’ mystery animals?
Mongolia for the deathworm, Sumatra for the Orang-pendek, Guyana for the giant anaconda, Thailand for the Naga, West Africa for the Ninki-nanka, Russia for the Almasty.

What’s next for you - any trips planned? Books or articles to write? Talks to give?
I’m heading back to Sumatra in September. I have a book of horror stories called Green Unpleasant Land and a book on the Orang-pendek called Orang-Pendek: Sumatra’s Forgotten Ape.

I have an article on the Indian yeti coming up in Fortean Times.
Could you share some of your favourite cryptozoology book titles with us?
• Out of the Shadows: The Mystery Animals of Australia by Tony Healy and Paul Cropper

• Here be Dragons by Ralph Whitlock

• Images of the Wildman in South East Asia by Gregory Forth

• In the Footsteps of the Russian Snowman by Dmitri Bayanov

What advice would you give anyone getting into the field of cryptozoology?
Follow your dream, never give up. Join the CFZ!
Posted by RR at 20:55