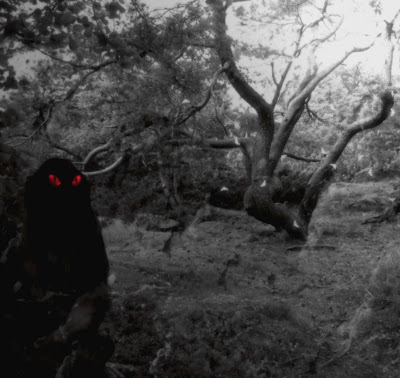 Just what does a Yowie look like? It is commonly described as 'ape-like', but sports many other attributes according to witnesses.
Some report the creature has "glowing red eyes" like the picture above, created by Australian artist Sharaya Brooks, and that it moves with supernatural speed.
Some people believe tales of the Yowie paint the creature as more faerie-like than fierce physical beast.
Aboriginal lore does support the existence of 'little people’ (of a small, hairy variety) in Australia – the yuuri (pronounced 'yawri’, not unlike Yowie) or 'brown jack’, which fulfil a similar role to that of European elves and leprechauns, guarding certain places, granting favours and playing tricks on people. 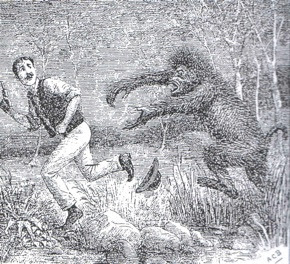 Early colonial encounters describe the creature as "gorilla-like"with black hair, or "half baboon half man". The animal regularly startled white settlers, spooked indigenous people and frightened horses and livestock.
Other descriptions refer to the Yowie as a monster - a "big hairy thing", "man like" and hulking - ranging in size from 4ft-10ft in height - with shaggy, woolly hair.
"Like a huge man with hair all over it" with an "ugly and hairy" face, according to one witness whose horse was frightened by the creature.
One thing many witnesses agree on is the smell the creature exudes - like "something dead", rancid, stinking, a "burnt bakelite smell", and like "something electrical". 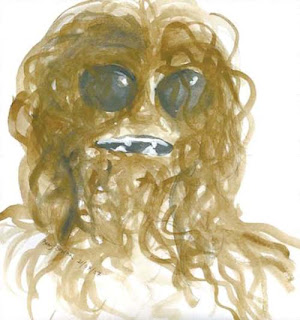 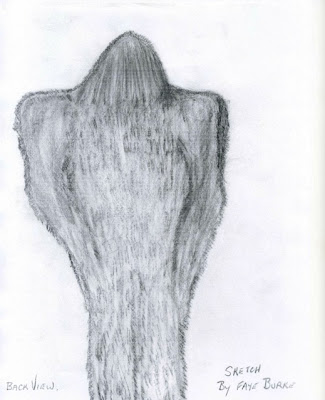 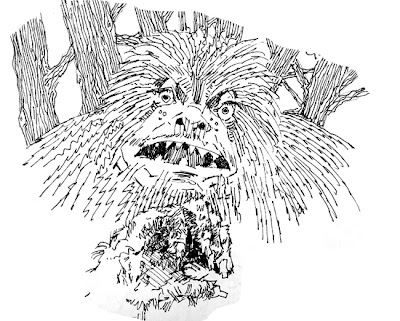 "It was like an elephant on two legs wearing size 20 boots," Blue Mountains resident Neil Frost would later describe the ape-like creature he encountered in thick bush near his backyard to local police.
His neighbour Ian described the monster as "7ft [2m] tall, two of me in build. I weigh 100kg [16st], so we’re looking at a creature at least three times my body mass. It was big. It ran sort of like a person, but not quite. There was something odd in its gait... It was a big hairy beastie." 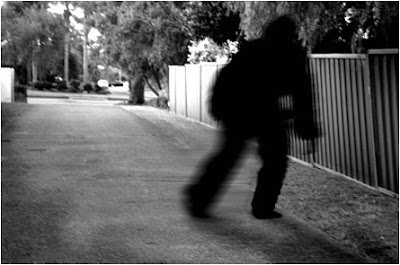 An article from 1842 reads: "The natives of Australia...believe in...[the]Yahoo...This being they describe as resembling a man...of nearly the same height,...with long white hair hanging down from the head over the features...the arms as extraordinarily long, furnished at the extremities with great talons, and the feet turned backwards, so that, on flying from man, the imprint of the foot appears as if the being had travelled in the opposite direction. Altogether, they describe it as a hideous monster of an unearthy character and ape-like appearance."

In an article entitled “Australian Apes” appearing in the 1880s, a Mr. H. J. McCooey, claimed to have seen an "indigenous ape" on the south coast of New South Wales: "A few days ago I saw one of these strange creatures…on the coast between Bateman’s Bay and Ulladulla… I should think that if it were standing perfectly upright it would be nearly 5 feet high.
"It was tailless and covered with very long black hair, which was of a dirty red or snuff-colour about the throat and breast. Its eyes, which were small and restless, were partly hidden by matted hair that covered its head… I threw a stone at the animal, whereupon it immediately rushed off…” 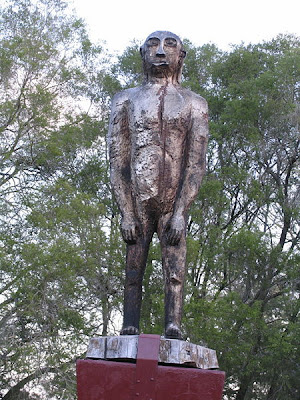 Kilcoy claims to be the home of the mythical Yowie, Australia's equivalent of Bigfoot or the Yeti, which is said to live in the hills around Kilcoy. There is a large wooden statue of the creature in town (above and below) that looks more man than ape.
Some local boys saw the creature, which they said was three metres tall and "smelled of sulphur". 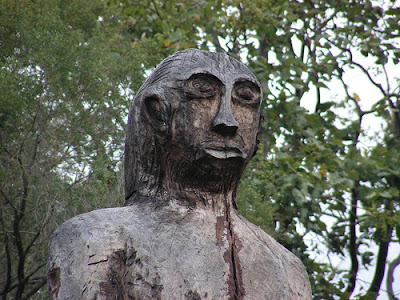