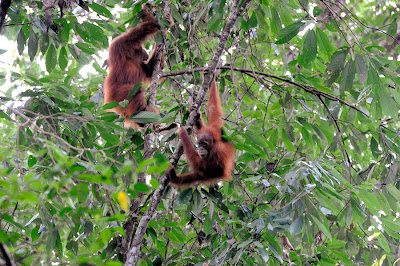 Preparations have commenced for the Sumatra expedition now that some key aspects of the trip have been finalised - namely the purchasing of tickets!

And while Mike is the pinnacle of fitness, Rebecca has some work to do in the fitness department that includes regular rigorous bushwalks and weight training.

We're going into some pretty challenging terrain choc-a-bloc full of tigers (you know, SUMATRAN tigers), leopards, snakes, giant spiders (Rebecca's favourite) and orang-utans. In other words, we'll be strolling into some of the most biologically diverse terrain on the planet!

But the Orang Pendek isn't the only mystery animal hiding out in the jungles of Indonesia.

In 2005 the World Wildlife Federation's game cameras captured a still of a strange little red-furred carnivore (pictured below), nicknamed the 'Bornean red carnivore', the identity of which remains a mystery for now.

So you see, there will be more than enough to keep us busy while we look for the little hairy man! 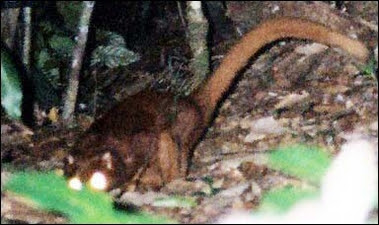