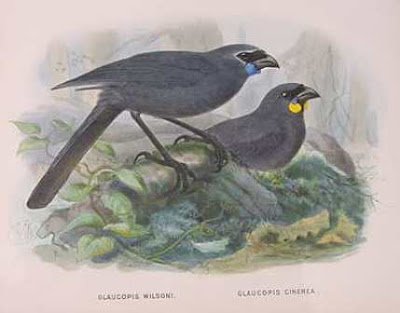 A tramper (a NZ word for hiker or bushwalker) who is believed to have snapped a photo of a rare South Island kokako in Kahurangi National Park is being hunted by a band of bird lovers. 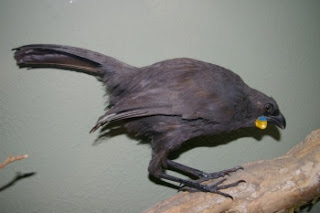 Golden Bay's Alec Milne said the South Island Kokako Investigation Team was keen to contact a woman who took a picture of a wattled bird on March 29. The woman was tramping between Salisbury and Balloon huts at the time, he said.

"She was on the side of the track and beckoned to a backpacker to have a look at the bird which she said should not be there."

Mr Milne said he heard of the incident through a driver who later gave the backpacker a lift out of the park.

Mr Milne said securing a photograph of a kokako, which has been listed as functionally extinct by the Department of Conservation, would be a coup. North Island kokako have survived and are protected.

But numbers of South Island kokako, which had a distinctive orange wattle, had been extremely low for the last 100 years, he said. However, Mr Milne said 57 unconfirmed reported sightings were made of the South Island kokako in the 20 years to 2010.
Posted by RR at 21:49