Bunny boom Down Under 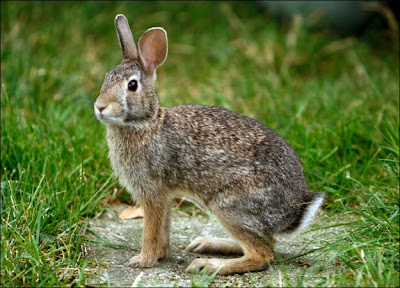 Australia is facing the worst rabbit plague in Australia since the 1995 release of the calicivirus from Wardang Island, and it's threatening to undo the good work in eradicating the nation's costliest animal pest.

Authorities have blamed a reduced focus on controlling the rabbit pest and immunity to calicivirus for the growing problem, which costs the nation an estimated $200 million a year.

Foundation for Rabbit-Free Australia chairman Nicholas Newland said a failure to recognise the extent of the emerging issue was exacerbating the problem.

"Rabbit numbers are increasing across Australia with the greatest concern being high-rainfall areas, particularly in some coastal towns," Mr Newland said.

Authorities said a shortage of professional shooters and a failure to eradicate rabbits was causing increased environmental problems.

Paradoxically, there is a massive demand for rabbit meat or skins because of a shortage of commercial rabbit shooters.

And the shortage of skins has meant iconic Australian brand Akubra Hats must import 50 per cent of the rabbit skins it needs from Europe to make 150,000 hats each year!
Posted by RR at 08:34