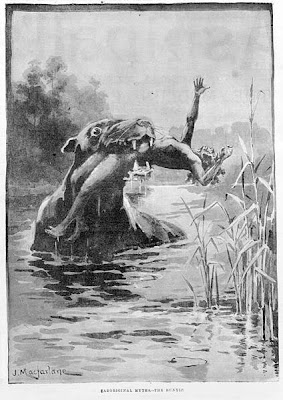 A great story in the Wyndham Weekly this week talks about the stories surrounding the infamous Bungies Hole, which has been known by many names over the years.

"BUNGIES Hole on the Werribee River has a long an interesting history.

It was once a popular location to collect water which was carted in barrels by horse and cart to houses in the developing township. This water hole, just behind Werribee Bowling Club, was the township's swimming hole with diving boards and swimming lanes.

In Werribee's early days, Elliott Armstrong - owner of what is now the Racecourse Hotel - operated a ferry in the area, so people could access the township when the river was in flood.
Several myths have been circulated regarding Bungies Hole, which over the years many have accepted as fact.

The first one being that it's bottomless - this is wrong. It has been determined to be 30 metres deep and has a fresh water spring entering towards the downstream end.

The second is the origin of its name. Supposedly, it was named after a Mr Bungie who accidentally drove his horse and buggy off the clifftop into the water and drowned. However, investigations show that there was never a Mr Bungie living in Werribee, nor any coroners report to back up this story.
What has been determined is that it was named Budgel Carnie's hole in 1845, before the township started to develop. It is thought that Budgel Carnie was probably an Aboriginal elder of the clan living in the area at the time.

It's easy to see that over the years Carnie was dropped and by word of mouth, Budgel could have very easily become Bungy. Interestingly, on a 1845 map there is a notation that Budgel Carnies' Hole is a 'famed resort of the banyip', instead of bunyip.