The above video is not the Australian Story segment, but a privately produced video detailing the ongoing starvation and mismanagement of the Fraser Island dingo population.

Frustrated by the Queensland government's failure to work with them, the Save Fraser Island Dingoes group will appeal to the public for information on the treatment of dingoes this year.

(You can donate to the Save the Fraser Island Dingoes campaign on the same page).

The group's lawyers, Ocean Legal, will call on members of the public to provide statutory declarations detailing human-dingo interactions on the island.

Save Fraser Island Dingoes secretary Karin Kilpatrick said there is an urgent need for a study into food sources on the island.

"We need a wildlife study - what is on the island for the dingoes to eat?" she said.

To watch the Australian Story profile on Jennifer Parkhurst visit http://www.abc.net.au/tv/iview/ (FYI it's only online for a short time, after that try Youtube). The transcript appears below.

CAROLINE JONES, PRESENTER: Hello I'm Caroline Jones. Fraser Island, off the coast of south-east Queensland, is the only place in the world with a population of pure dingos, but some authorities say they animals may be in trouble. Experts disagree about the best way to manage the island, which is mostly national park, and the issue has become highly political. Tonight's Australian Story is about a wildlife photographer whose passion for the dingos set her at odds with park rangers and brought her to the brink of disaster. This is the story of Jennifer Parkhurst.
JENNIFER PARKHURST: It absolutely breaks my heart to be so close to Fraser Island and be separated by this 1 kilometre of water. So near and yet so far. It's very difficult for me to come down the beach these days and look across to the island. I grew up in Victoria and came to Fraser Island quite by accident. Just jumped on a barge one day and went for a trip across and saw that there were dingos there. And that was it (laughs). That's kind of how I came to be at Fraser Island. I though okay that's it, I'm staying.
RAY REVILL, SUPPORTER: The dingos become part of her. If she had her way I think Jen would live with them forever. That's her passion.
JENNIFER PARKHURST: The Fraser Island dingo isn't just any dingo. The researchers found that the dingo is the purest dog in the world and the dingos on Fraser Island are the purest dingos in Australia. They're an extremely important species that we have to preserve. Australia and indeed the word is becoming very concerned that it won't be long before these precious dingos become extinct. 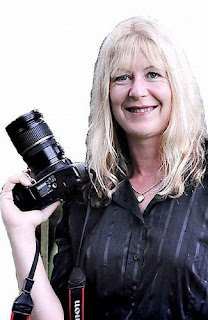 HAROLD PARKHURST, FATHER: Jennifer has often described it that this is probably one of the greatest privileges in her life. And Jennifer says, haven't I been blessed? What an experience. And to see what it's turned into today.
(Excerpt from Win News)
REPORTER: Wildlife warrior Jennifer Parkhurst was charged with 40 offences for her interaction with dingos on Fraser Island.
(End of excerpt)
HAROLD PARKHURST, FATHER: She's been persecuted and prosecuted, and I mean what, for what?
(Excerpt continues)
REPORTER, WIN NEWS: According to friends, Parkhurst has gone to ground. She is now facing a maximum two years in jail.
(End of excerpt)
RAY REVILL, SUPPORTER: They set out to get her. It was like a hunting pack. They wanted her.
JENNIFER PARKHURST: I have no formal scientific training perse. I guess my connection with wildlife comes from just a deep understanding and empathy for animals. The dingo is a very misunderstood animal and very misrepresented, and I guess I feel the same in some ways.
HAROLD PARKHURST, FATHER: Jennifer suffered a lot of bullying at school and she used to cop heaps from both boys and the girls. She's very shy.
JENNIFER PARKHURST: I had a really terrific friendship with my mother and we spent time travelling around the outback together. When mum became sick, and then eventually died, because of the trauma from my past and everything, I couldn't cope. And so I shut down emotionally. Mum was only 52 years old.
HAROLD PARKHURST, FATHER: And Jennifer really just could not cry. And then it was that time straight after she said, I can't live here.
JENNIFER PARKHURST: And what I discovered was that once I was on Fraser Island and I was closely interacting with the dingos it did start to heal me. Photography's always been a passion and the dingo is an extremely attractive animal, a very noble kind of animal. And I just found that as a photographic subject they were intriguing and challenging. I'd bring the photographs home and spend some time painting and then sell that lot and then head off and start again.
TERRY HARPER, QLD PARKS & WILDLIFE SERVICE: The department's first interactions with Jennifer Parkhurst started in 2006, and I think at that stage you could say they were very amicable. We provided early support for her work.
JENNIFER PARKHURST: The more intimate I became with the dingos, the more acquainted with them, the easier it was to get some really fantastic footage, and so in the end I started thinking, yeah I really have to do something with this. I've got to share it with scientists and that was what I started to do.
ALAN WILTON, GENETICIST, UNIVERSITY OF NEW SOUTH WALES & PATRON ‘SAVE FRASER IS. DINGOES’: One of the things that's special about Jennifer is that she's been able to examine the behaviour of animals in their native setting for a long period of time at close range. It's very difficult to acquire that sort of information elsewhere, and there's very little in the literature about those sorts of details.
JENNIFER PARKHURST: I'd been observing parents with pups and so forth and as the pups started to grow up I noticed that they were becoming extremely skinny.
HAROLD PARKHURST, FATHER: She saw one of the family young die of starvation and the next family came along and they were on the same path.
JENNIFER PARKHURST: I was really alarmed at the high mortality rate amongst pups. It was really looking like a 90 per cent mortality rate. At that that time there was just absolutely nothing I could do about it. I mean my job, as I began to see my role on the island, was just to record what was happening and not interfere.
(Excerpt from home documentary footage)
JENNIFER PARKHURST: As you know, I'm strictly prohibited from interfering with the dingos in any way. This is the first time in this national park that I've ever patted a live dingo. The only reason I'm doing it is that I know Pepper is dying.
(End of excerpt)
HAROLD PARKHURST, FATHER: Jennifer had to summon up every ounce of strength to have witnessed five puppies dying of starvation and it's an agonising cruel death.
JENNIFER PARKHURST: What I started to notice was that when the puppy's ears were tagged, the mortality rate just suddenly increased. The ear became very droopy, thus they were unable to hunt effectively because they couldn't locate the source of the sound. And that's when I noticed that they started to starve. Initially I had a fairly good relationship with the rangers but that changed when I wrote an article about what happened after an ear tagging event one year. The rangers involved said that I'd overly criticised them and they took it very personally and I guess that's where the war kind of started.