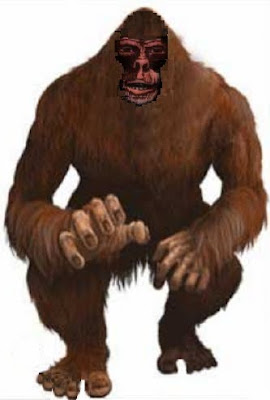 Over at Frontiers of Zoology, a relatively new blog in the CFZ family, artist and writer Dale Drinnon speculates that some reports of Australia's 'Bigfoot', the Yowie may, in fact, be OOPAs (out of place animals) - specifically, orang-utans from neighbouring Indonesia.

Read more about his theory at Frontiers of Zoology.

While we can't say we 100 per cent agree (some of those Yowie reports are, after all, too strange for words!), it's certainly one of the more original ideas to be put forward in recent times.

And just in case anyone is wondering, we certainly had orangutans in Australian parks (and possibly circuses) during the 1800s, as evidenced by this advertising from 1895 spruiking the 'Wild Man of the Woods'. 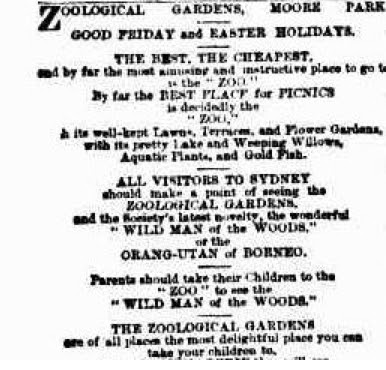