The curious case of the Bungonia Bear 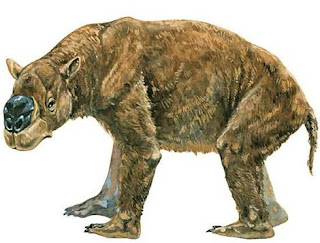 CFZ Australia blog reader and archivist David Hearder sent in this bizarre find from a 1965 edition of The Canberra Times.
The story details the killing of an unusually large wombat, dubbed the 'Bungonia Bear' by two brothers, claimed to be a mind-boggling four-feet long!
But the measurement isn't beyond the bounds of possibility - the largest of the three wombat species that inhabits eastern Australia, the common wombat (pictured below), can grow as big as 1150mm and weighing 22-39kg. The average size is about 1000mm and weigh 20-35kg.
It's possible the lads slightly exaggerated the size of the wombat...or perhaps it was a generously proportioned common wombat that was 4ft long...or maybe it was at the very small end of the spectrum of the monstrous marsupial's distant cousin - the 2786kg Pleistocene era Diprotodon (pictured above), which measured almost 10ft from nose to tail! 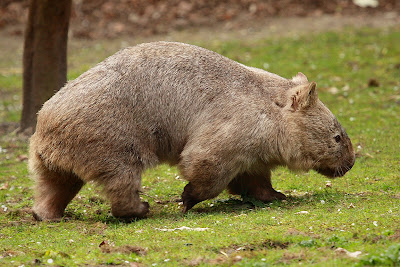