Here be monsters - and sceptics 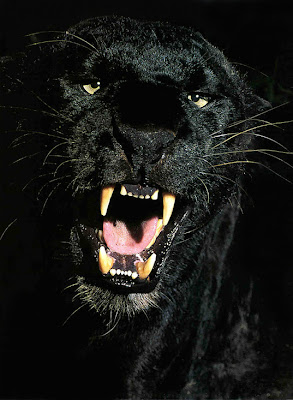 Last week's Melbourne Age newspaper ran this sceptical puff piece on the Victorian inquiry into big cats, where the blogger interviewed a zoologist, who specialises in lizards, about the possibility big cats could be living in Australia.

Re: "We should be finding footprints, fur and faeces, along with the odd sheep or kangaroo carcass stashed high up in the fork of a tree."

All of these things have been found in areas where large cats have been sighted in NSW and Victoria, and much further afield, and they've been documented extensively in the media and by government departments.

In one case, a respected veterinarian found a kangaroo carcass up a tree on the outskirts of Sydney. The DSE in Victoria has collected suspected 'cat scat' and hair, and had it tested - the latter came back 'likely leopard'. Many unusual cat-like footprints have been in WA, Vic and NSW sporting the hallmark third lobe on the plantar pad.

Among the hundreds (yes, really!) of people who claim to have seen large black and brown cats in Australia, many of them have been farmers, hunters and Dept of Agriculture staff - with a few ex-pat South Africans and zoologists thrown in. Not all zoologists/biologists are sceptical of the likelihood of exotic cats (or large ferals) existing in Australia.

It's heartening to think a government department might seriously look into these reports, but once again - no real resources are being allocated to the investigation, so no one needs to worry about any money being wasted when it seems no money at all is really being spent!

Remember, this is the third state to hold an inquiry into these 'big cat' sightings in the past 30 years.

And nobody has got to the bottom of the mystery yet!
Posted by RR at 12:35