The ethics of hunting rare beasties 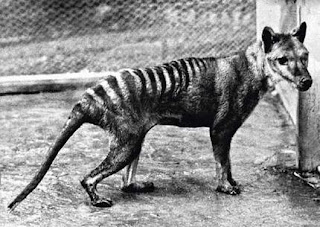 Associate Professor Gary Luck of Australia's Charles Sturt University has published an interesting opinion piece over at The Scientist about the ethics of hunting rare animals as part of ongoing conservation efforts.

"There are many examples where over-hunting has contributed to the decline or extinction of species. These include well-documented cases such as the passenger pigeon in the United States and the Tasmanian tiger in Australia, both hunted to extinction in the early 20th century, and the Arabian oryx, which disappeared from the wild as a result of recreational hunting in the 1970s, but has since recovered owing to reintroductions from captive stock.

"Hunting any species based on perceived risk is scientifically indefensible, especially if that species is endangered."


Read more: Opinion: When to hunt the rare - The Scientist - Magazine of the Life Sciences http://www.the-scientist.com/news/display/58024/#ixzz1EjsmM3Pz
Posted by RR at 11:59