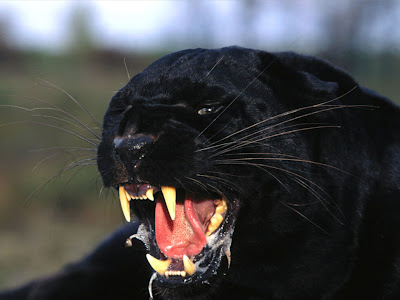 HILLS, Victoria resident Paul Czarnocki came across what he says was a large, black, cat-like creature on his run near the Olinda golf course recently.


“I've got no doubt that it was a panther,” he told the local newspaper.
“I could have sworn I was on safari in Africa, not in Australia.  “It was like a tiger or a cheetah. It had a huge head.”

Mr Czarnocki said it was a “surprise encounter” and “much like a UFO, I never expected to see it.”

He said the animal was about one-and-a-half metres long with a long tail – making it over two metres at full stretch.  “It jumped cross the road in one jump and disappeared in the bushes towards the golf course,” he said.

“When he jumped I had it in full view from no more than 30 to 40 metres away.
“It was quite an un-nerving experience.”

Pat Hogan from the Mt Dandenong Historical Society said the group had no documentation of panther sightings in the hills “but I have heard reports of them, mainly out the back of Monbulk.”

“If this is the same panther, it's been around a long, long time,” she said.  “I can't imagine what it might have been eating.”

Mr Czarnocki said he was eager to report his sighting “only because I'm worried such a huge wild animal being close to people frequently walking in that area is dangerous, especially to children.”

The new book Australian Big Cats: An Unnatural History of Panthers documents sightings in the Dandenongs and the Olinda/Monbulk areas.
Posted by RR at 19:42