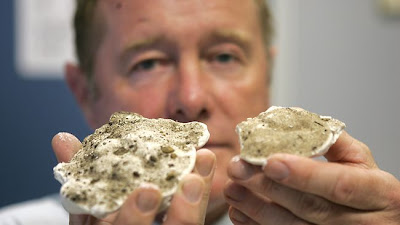 BIG cat researchers have welcomed the State Government's confirmation of a probe into sightings of the elusive creatures in the Otways.

State Agriculture Minister Peter Walsh has confirmed the Government's pre-election pledge for an investigation, saying there had been numerous unconfirmed sightings over the past decade.

Nationals Leader Peter Ryan made the big cats an election issue, promising to resolve the issue one way or another after continued reports of sightings.

The previous Labor Government refused such a probe, and Labor's environment minister Gavin Jennings said instead of searching for "non-existent big cats," the Nationals "should be out there searching for some real policies that protect the environment".

Mr Walsh said the State Government had committed to a "limited investigation" to determine once and for all whether there was any truth behind the sightings. Local big cat researcher Simon Townsend (pictured above), who has been investigating sightings in the eastern Otways for more than a decade, welcomed the probe, saying both he and colleague John Turner would be happy to help with any investigation.

Mr Townsend has visited dozens of Otways property owners who've described sightings and shown him photos of slain livestock that he said appeared to have been slain by large unidentified predators.

"We take this issue quite seriously," he said.

"We're not saying the animals are there, we're saying there's circumstances that suggest they are, and there's an awful lot of eye witnesses who need to be respected.

"If the Government's being proactive, they really need to be asking and involving people with some involvement in the issue."

"You can't prove that something doesn't exist, and that's what will come out of this," he said.

Mr Pescott said people had told him about big cat sightings, but he had never seen anything himself and while there were still continuing reports, no solid evidence had been produced.

"I'm still a bit dubious, although I'm not a person to say yes or no because sometimes unusual things turn up," he said.

Last month, an Anglesea woman Melva Stott wrote of seeing what she thought was a puma, but the animal appeared to be a black wallaby.

However Ms Stott said she had seen two pumas in different locations around Anglesea.
Posted by RR at 09:41