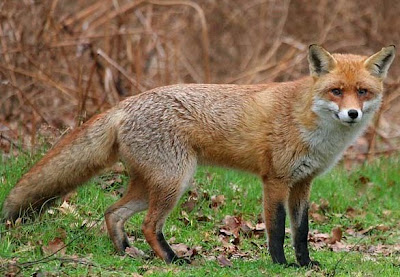 Anyone wishing to bring fox or dog scats into Tasmania will require a permit from today.

Chief Veterinary Officer Rod Andrewartha said although there is little reason for scats to be imported, other than for use in trial work and detector dog training associated with the Fox Eradication Program, the permit requirement would further enhance biosecurity.

“The research and detector dog training by the Fox Eradication Program (FEP) has been carried out with good biosecurity practices and has not compromised Tasmania’s freedom from hydatid disease,” Dr Andrewartha said.

“Because of the measures the FEP has in place and the necessity for its work it will be able to continue under the permit system.

Dr Andrewartha said the permit requirement would further assist the State’s Quarantine Services who would continue to be on the lookout for fox and fox product.

“Hydatid is present in mainland states and hydatid eggs can be present in scats from foxes or dogs infected with hydatid tapeworms.

Dr Andrewartha said scats from the mainland posed only a small risk in terms of hydatid disease.

“The FED has continually sought advice from my office on biosecurity measures they should have in place while using scats sourced from the mainland as part of their training and evaluation programs.

Dr Andrewartha said the new restrictions included the requirement for a permit to possess a fox scat of mainland origin.

“Fox scats of Tasmanian origin are specifically exempt from this new requirement so that anyone finding a possible fox scat should have no concern about reporting it to the Fox Eradication Program.

Anyone finding a possible fox scat in Tasmania should report it to the Fox Eradication Program Hotline on 1300 369 688.

“The new requirement does not apply to dog faeces in a cage or vehicle that is bringing a dog into Tasmania. Such a dog has to be treated for hydatid tapeworm and therefore its faeces is not a hydatid risk.

The Tasmanian Government and community undertook a successful campaign to eradicate hydatid disease over 30 years, from the mid 1960s through to the mid 1990s.

Tasmania is the only Australian state free of hydatid disease.

Hydatids is a parasitic infection of various animals that can infect humans caused by a small tapeworm which lives in the intestine of dogs and foxes.

The worm eggs are passed out in the faeces and may infect pasture which is then eaten by sheep, goats or cattle as they graze leading to development of hydatid cysts in these animals.

The cycle is completed by dogs or foxes eating the cysts in infected offal.

Humans can become infected by picking up worm eggs from dogs. The hydatid cysts that may develop in people can cause serious health problems and in some cases have been fatal.
Posted by RR at 16:51