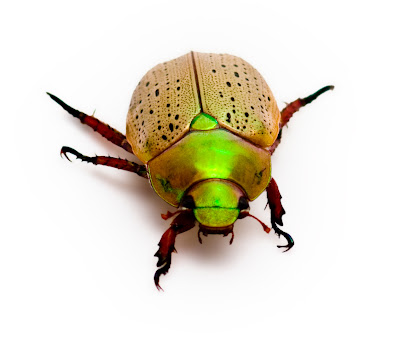 Generations of Australian children have annually welcomed the appearance of 'Christmas Beetles', aka Anoplognathus montanus, which traditionally herald the warmer months Down Under and signal that Christmas Day isn't too far away.

The 'thwack' of the colourful insects against the screen door and their discovery inside everything from the laundry basket to school bags has been something of an annual event.

However, children growing up in Australian cities are today unlikely to sight the pretty iridiscent-shelled beetle - and scientists believe it is man who is to blame.

The beetles' numbers are falling as the city's expansion demolishes their feeding grounds, and strips away the soil needed for the beetle larvae, where they spend up to two years growing to the pupa stage.

Another victim of urbanisation and the shrinking Australian backyard.